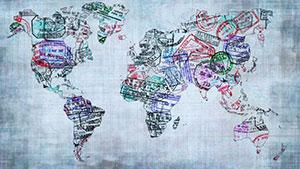 A potentially explosive battle is brewing over a seldom-discussed aspect of the looming MiFID II laws, which will force traders of any European asset class to hand over personal identification such as passport numbers to every venue they trade on.

The massive data-collection exercise will drag in tens of thousands of investors and traders, who some trading venues say may simply refuse. A client mutiny would leave platform operators stuck between cutting off their customers or breaching the European Union’s Markets in Financial Instruments Directive rules when they kick in on Jan. 3.

“The whole issue around personal data has been underestimated,” said Enrico Bruni, managing director, head of Europe and Asia at Tradeweb LLC. “There are three problems: There’s an administrative problem for having to manage this data, there’s a philosophical problem about whether it’s right to collect this data. And, potentially, a legal problem.”

The hunt for data starts on Oct. 27, when Cboe Global Markets Inc.’s European exchange, formerly known as Bats Europe, becomes the first major market to switch on its MiFID-ready platform. London Stock Exchange Group Plc and others will follow in November, hoping to gather the data in less than two months.

That will prove impossible for citizens of countries with strict privacy laws. In Switzerland, for example, it’s illegal to supply passport numbers to a commercial organization. The EU’s regulators insisted on putting a personal-data requirement in MiFID II because they wanted a means of more quickly identifying individuals in cases of suspected market abuse.

Costs are another worry: about half of the more than $2 billion banks and asset managers will spend on MiFID will be on trade reporting and transparency requirements, according to IHS Markit and Expand, a consultancy owned by Boston Consulting Group.

Trading venues say they simply don’t know how many of their customers will refuse to follow the rules. Fixed-income and currency-derivatives markets might be hardest hit. The average bond-trading venue has several thousand members, all of whom will need to supply data. Stock exchanges have it easier. Cboe’s European venue, for example, has just 150 members.

“In most of the conversations that we have had recently, someone has brought up the hassle of supplying personal-identification data,” said Lalone, a partner at the law firm. “And some countries have rules that make it harder to pass on this information. South Korea is very, very strict.”

There’s also the question of what should be done with the rule breakers. MiFID technically requires traders be barred until they cough up the information, but U.K.-based venues have been double checking with the Financial Conduct Authority, which has yet to respond.

“Fines are one lever,” said David Howson, chief operating officer at Cboe Europe. “We might disallow connections. The final measure is to stop them submitting orders to the order book. It’s one of the main pain points and one of the main risk areas for us with MiFID II.”

Meanwhile, the bond venues are waging a lobbying campaign to get the rules changed. The trade body Electronic Debt Markets Association — representing Tradeweb, MarketAxess Holdings Inc., NEX and MTS Markets, the debt-trading division of LSE — sent a letter to the European Securities and Markets Authority last month warning of potentially dire consequences from the data requirement.

“Fixed-income venues spent several years trying to raise this issue,” said David Bullen, the secretary general of EDMA Europe. “We tried to get this done through the right channels and it goes without saying that we haven’t succeeded yet.”

The personal-data rules “cannot be amended or altered through legal instruments available to ESMA” because they were included in the original MiFID text that was signed off by Europe’s leaders and the trading bloc’s parliament, ESMA said in an email.

“There’s a real chance people will decide not to trade” on our EU platform, said Ben Pott, group head of government affairs at NEX Group Plc, an operator of debt and currency markets. “We do not want to get into arguments. The moment you have a non-MiFID firm and you are asking for their personal data, that’s a difficult conversation.”

Not all will lose out. For the big banks and trading firms registering as a new type of venue under MiFID II, the personal data rules don’t apply in the same way. Operators of so-called systematic internalizers, or SIs, which so far include JPMorgan Chase & Co. and Deutsche Bank AG are still obliged to pass on their traders’ personal data, but they don’t have to collect passport numbers or other forms of identification from their counterparties.

That gives SIs an advantage in winning business from investors that will not or cannot comply, says Bullen, of lobby group EDMA.

“That’s another reason why there is a seriously unlevel playing field between regulated venues and trading over-the-counter with a bank,” he said.

— With assistance by Silla Brush

China GDP Grows 2.3% In 2020, Bounces Back To Pre-Pandemic Trajectory