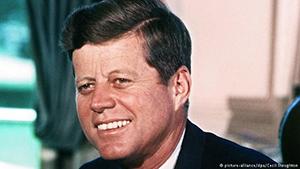 The long-sealed files on the assassination of President John F. Kennedy are set to be released next week. There are said to be upward of 3,000 documents never seen by the public in the top-secret folder.

US President Donald Trump announced on Saturday that he would not block the release of the long-classified files relating to the 1963 assassination of President John F. Kennedy.

“Subject to the receipt of further information, I will be allowing, as President, the long blocked and classified JFK FILES to be opened,” Trump wrote on Twitter.

Under a 1992 law, the documents were scheduled to be released 25 years later, unless the sitting president felt that their release would harm intelligence, national security or foreign relations.

The National Archives now has until Thursday to make the more than 3,000-document-thick pile available to the public.

President Kennedy was shot on November 22, 1963, while riding in a motorcade in Dallas, Texas. He later succumbed to his wounds in a local hospital, one of the most pivotal events in US history.

Lee Harvey Oswald has long been considered the lone actor in the assassination, but that has not stopped decades of conspiracy theories — which even made it into the Hollywood mainstream in Oliver Stone’s 1991 film “JFK.”

Public demand for disclosure in the wake of the film prompted Congress to pass a 1992 law releasing millions of classified files.

However, the law placed  25-year hold on an estimated 3,100 secret documents.

Tens of thousands of files that were previously released were heavily redacted. The blacked out portions of those documents are also set to be declassified.