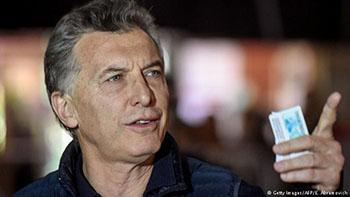 Argentinian President Mauricio Macri’s center-right coalition is on track for a major victory in midterm elections. The election was viewed as a referendum on his economic reforms.

Cambiemos swept Buenos Aires, home to 40 percent of the country’s 33.1 million voters, with nearly 56 percent of the votes, according to preliminary results published by the Interior Ministry late on Sunday.

A second-place finish would still give Kirchner one of three Senate seats at stake in Buenos Aires, and immunity from prosecution over corruption allegations she says are politically motivated.

Cambiemos was in the lead in 15 of Argentina’s 23 provinces. One-third of the seats in the 72-seat Senate and 257-member lower Chamber of Deputies are up for grabs.

Official results will be released on Monday.

Turnout was at 78 percent in a vote widely viewed as a referendum on Macri’s pro-market economic reforms during his first two years in office.

Kirchner, a potential challenger in the 2019 presidential election, had campaigned on rolling back Macri’s painful economic reforms, including cutting tariffs on agricultural exports, deficit spending and a loosening of labor laws.