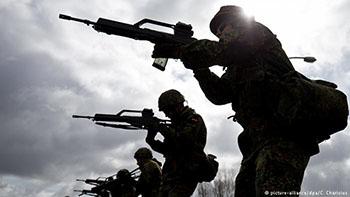 A German lawmaker has criticized discrepancies in the reporting of right-wing sympathizers among the military’s ranks. The identified extremists could use their military training to advance their cause, she warned.

Germany’s Military Counterintelligence Service (MAD) has classified about 200 Bundeswehr soldiers as right-wing extremists since 2008, according to a report published Monday in regional daily Mitteldeutsche Zeitung.

Mihalic told the newspaper that the recruitment of more than 20 right-wing extremists per year poses a serious challenge to domestic security. They could use their military training to advance their agenda, she said.

The German lawmaker noted that MAD President Christof Gramm told parliament earlier this month that only eight Bundeswehr soldiers had been identified annually, marking a stark difference to the latest data received by the military branch.

The discrepancy represents a “high analytical uncertainty on the subject,” Mihalic said. She said the MAD must regularly inform Germany’s parliament about extremist efforts in the military, especially when it concerns networks and strategies.

The Bundeswehr has come under increased pressure from the government to deal with members of far-right movements after an army lieutenant identified as Franco A. was discovered in April leading a double life as a Syrian refugee and planning a terrorist attack.

In September, the MAD said that it had recorded 286 new cases of right-wing extremism in Germany’s military. But MAD President Gramm told lawmakers earlier this month that after the suspension of mandatory military service in 2011, the number of right-wing cases decreased significantly.

However, it is unclear how the latest data from MAD compares to Gramm’s earlier statements on decreased right-wing activity among the Bundeswehr’s ranks.

With the latest revelations, authorities have pushed for more information about far-right activity in the German military. In the German city of Tübingen, prosecutors last month said they launched a probe into allegations of right-wing extremist behavior among the Special Force Commando, the country’s elite military troops.