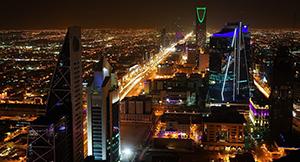 While some political issues in the Middle East are getting solved and other require more efforts to invest, US Secretary of State Rex Tillerson has commented on the relations between Iraq and Saudia Arabia as well as the ongoing Qatari crisis.

“Your important relationship between the Kingdom and Iraq is vital to bolstering our collective security and prosperity, and we take great interest in it. The United States supports enhanced cooperation between Saudi Arabia and Iraq across many pillars of the Coordination Council,” US Secretary of State Rex Tillerson said, addressing Saudi King Salman bin Abdulaziz Al Saud and Iraqi Prime Minister Haider Abadi after the inaugural meeting of the Saudi-Iraq Coordination Council.

Earlier in the day, Iraq and Saudi Arabia held the first meeting of the Coordination Council of the two countries in Riyadh. Abadi called the fight against terrorism, trade, economy and cultural issues among Baghdad’s priority areas of cooperation with Saudi Arabia. The Iraqi prime minister also called for the cessation of armed conflicts in the region and abandoning the policy of interference in the domestic affairs of other states.

On Wednesday, Iraq and Saudi Arabia resumed air traffic, which was halted 27 years ago following the invasion of then-Iraqi leader Saddam Hussein’s troops in Kuwait. In 2016, the Saudi embassy resumed its work in Baghdad for the first time since the aforementioned events.

Tillerson has expressed hope that Saudi-led group of Arab countries and Qatar would return to dialogue to resolve the diplomatic conflict between the states over the latter’s alleged support of terrorism.

The official also stressed the importance of the reunification of the Gulf Cooperation Council which comprises Bahrain, Kuwait, Oman, Qatar, Saudi Arabia, and the United Arab Emirates.

In early June, Saudi Arabia, Egypt, Bahrain and the United Arab Emirates broke off diplomatic relations with Qatar, accusing it of supporting terrorism and interfering in their internal affairs. Through Kuwait, which is acting as a mediator in the crisis, the four Arab states handed over an ultimatum containing 13 demands to Doha, but the country has refused to comply with them.