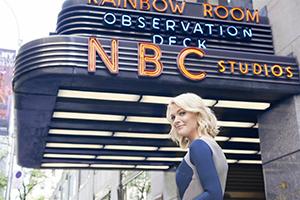 Even though Megyn Kelly has recently claimed that she’s “not political”, her past career as a conservative political host on FOX News, will likely be the reason she no longer appeals to TV viewers of any political bent.  Liberals will never forget how she helped to make the Kelly Files a top top-rated evening show on Fox News for 3 years. Conservatives will never forgive her for attempting to make a name for herself, by unfairly attacking then-candidate Donald Trump during his first televised debate.

The numbers are in, and “Megyn Kelly Today” is dragging down the “Today” show franchise, an insider explained to Page Six.

“Not only are ratings plummeting since Megyn Kelly joined the ‘Today’ franchise, but the numbers show Kelly’s lead-in has also affected Kathie Lee [Gifford] and Hoda Kotb’s show, which follows straight afterwards,” a source said.

“They’ve taken a huge hit with Megyn as their lead-in,” the insider added.

Kelly’s hour of “Today” is down 32 percent compared to a year ago. And “Kathie Lee & Hoda” is down 26 percent.

“Too many people are tuning out NBC. Hoda and Kathie Lee had been a bright spot in the mornings. People are alarmed,” the source said of the slide. Another source told us that “Today” talent is concerned. –NYP Page Six