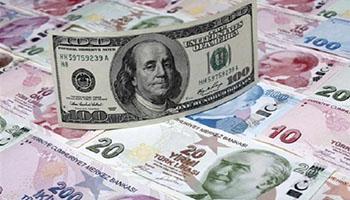 Turkish officials on Saturday denied reports claiming six Turkish banks face billions of dollars of fines from US authorities over alleged violations of sanctions on Iran.

According to Reuters, Turkish authorities could not confirm a Habertürk report in which the daily cited senior banking sources.

Habertürk removed the story from its website later in the day.

Habertürk did not name the six banks potentially facing the fines, but it said one bank would face a penalty in excess of $5 billion, while the rest of the fines would be lower.

Two senior Turkish economy officials told Reuters that Turkey has not received any notice from the US about such penalties, adding that US regulators would normally inform the Finance Ministry’s financial crimes investigation board.

The report comes as relations between Washington and Ankara have been strained by a series of diplomatic rows, prompting both countries to cut back issuing visas to each other’s citizens.

US authorities have hit global banks with billions of dollars in fines over violations of sanctions with Iran and other countries in recent years.

The US District Court for the Southern District of New York on Sept. 6 charged a former Turkish economy minister and the ex-head of a state-owned bank with conspiring to violate Iran sanctions by illegally moving hundreds of millions of dollars through the US financial system on Tehran’s behalf.

President Recep Tayyip Erdoğan has dismissed the charges as politically motivated and tantamount to an attack on the Turkish Republic.

The charges stem from the case against Reza Zarrab, a wealthy Turkish-Iranian gold trader who was arrested in Miami in March 2016 over sanctions evasion. Erdoğan has said US authorities had “ulterior motives” in charging Zarrab, who has pleaded not guilty.