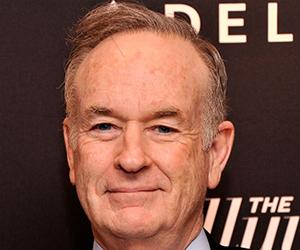 Bill O’Reilly’s spokesman released a statement Saturday slamming a report in The New York Times that the former Fox star reached a $32 million settlement in a sexual harassment case.

The Times stated that legal documents held by Fox News show that in January O’Reilly paid Fox News legal analyst Lis Wiehl after she made “allegations of repeated harassment, a nonconsensual sexual relationship and the sending of gay pornography and other sexually explicit material to her.”

On Saturday, spokesman Mark Fabiani released a statement on behalf of O’Reilly (see below) which includes a sworn affadavit by Wiehl.

“I never mistreated anyone,” O’Reilly told the Times in response to their report.

He added that the attacks on him were “politically and financially motivated.”

O’Reilly said he settled this case and others because “I’m not going to sit here in a courtroom for a year and a half and let my kids get beaten up every single day of their lives by a tabloid press that would sit there, and you know it.”

O’Reilly’s attorney told the Times that the news host had an 18-year “friendship” with Wiehl and she also gave him professional legal advice. In her affadavit Wiehl admits both, noting she “socialized” with O’Reilly.

O’Reilly was fired from the network after an April New York Times report detailed five previous settlements, all more than 10 years old, the Fox host made to women who had made allegations.

Within days of the report, liberal groups launched a boycott of Fox News advertisers.

The network fired O’Reilly citing a former Fox employee, a female African-American, who claimed that O’Reilly had made belittling comments to her, including calling her “hot chocolate.”

A Newsmax report last month found the accuser had been arrested for making false allegations against a boyfriend and had also used “hot chocolate” to describe herself in social media.

Once again, The New York Times has maliciously smeared Bill O’Reilly, this time even failing to print a sworn affidavit from his former lawyer, Lis Wiehl, repudiating all allegations against Bill O’Reilly.

The Times ignored that evidence, sworn under oath, and chose to rely on unsubstantiated allegations, anonymous sources and incomplete leaked or stolen documents.

Here are the facts: after the Chairman of Fox News Roger Ailes was fired in July 2016, dozens of women accused scores of male employees of Fox News of harassment — including the current co-president of Fox News Jack Abernathy.

21st Century Fox settled almost all these cases, paying out close to $100 million.

Six months after Mr. Ailes left the company, Fox News Corp. signed Bill O’Reilly to a record-breaking new contract after the company had analyzed and considered all allegations against him.

In its first article about Mr. O’Reilly on April 1, The New York Times printed inaccurate settlement figures while fully understanding that O’Reilly and his counsel are legally bound by confidentiality and cannot set the record straight.

In its latest diatribe against Bill O’Reilly, the Times printed leaked information provided by anonymous sources that is out of context, false, defamatory, and obviously designed to embarrass Bill O’Reilly and to keep him from competing in the marketplace.

Finally, in the more than 20 years Bill O’Reilly worked at Fox News, not one complaint was filed against him with the Human Resources Department or Legal Department by a coworker, even on the anonymous hotline.

The New York Times has copies of two letters written by 21st Century Fox lawyers attesting to that fact.

The Times failed to print them, too.