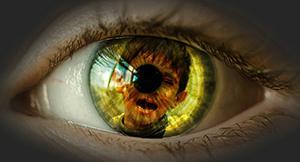 To date, at least 15,000 people have illegally crossed the US-Canadian border in 2017 asking for refugee status in Canada while claiming that they are living in fear of being deported back to their home country by the administration of US President Donald Trump.

The number of immigrants crossing the Quebec/New York area border is so high that elements of the Canadian military have established a tent encampment in Quebec, a move that has been highly criticized by anti-immigrant groups in the northern country, Global News reported.

Refugee tribunals, Canadian government agencies responsible for evaluating asylum requests, have become increasingly sympathetic toward people fleeing the US following the ascendancy of Trump to the US presidency.

According to Canadian Immigration and Refugee Board figures, 408 out of the 592 asylum claims of those who illegally crossed the border between March and September were approved. The 69-percent acceptance rate is higher than any other method people used to gain entrance to the nation since 2016.

A tribunal member, overseeing an asylum case involving a Syrian refugee and her daughter, cited asylum-seekers’ reasons for leaving the US as reasonable, saying, “Certainly, that seems to be playing out as you have feared, and today on the news I know that President Trump has suspended the Syrian refugee program.”

“You have provided, in my view, a reasonable explanation of your failure to claim in the US,” the tribunal member stated, cited by Global News.

Other claims that have been successfully used to gain refugee status in Canada according to Reuters involve a May 2017 decision in which an Iraqi woman’s detention in a US airport and several documented racist incidents experienced by her at school were seen to be credible reasons to be accepted into the country.