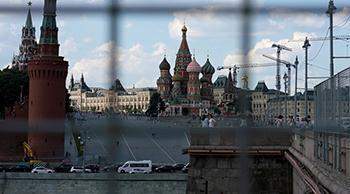 A big part of the Russia-gate hysteria is to accuse Russia of spreading U.S. dissension via Internet “trolling,” but that’s just one more wild exaggeration among many, as William Blum describes at Anti-Empire Report.

Webster’s dictionary: troll – verb: To fish by running a baited line behind a moving boat; noun: A supernatural creature of Scandinavian folklore.

Russian Internet trolls are trying to stir up even more controversy over National Football League players crouching on one knee (“taking a “knee”) during the national anthem, said Sen. James Lankford (R-Okla.), warning that the United States should expect such divisive efforts to escalate in the next election.

“We watched even this weekend,” Lankford said, “the Russians and their troll farms, and their Internet folks, start hash-tagging out ‘take a knee’ and also hash-tagging out ‘Boycott NFL’.” The Russians’ goal, he said, was “to try to raise the noise level in America to try to make a big issue, an even bigger issue as they’re trying to just push divisiveness in the country. We’ve continued to be able to see that. We will see that again in our election time.”

Russia “causing divisiveness” is a common theme of American politicians and media. Never explained is WHY? What does Russia have to gain by Americans being divided? Do they think the Russians are so juvenile? Or are the Americans the childish ones?

CNN on Oct. 12 claimed that Russia uses YouTube, Tumblr and the Pokemon Go mobile game “to exploit racial tensions and sow discord among Americans,” while the Washington Post (Oct. 12) reported that “content generated by Russian operatives was not aimed only at influencing the election. Many of the posts and ads intended to divide Americans over hot-button issues such as immigration or race.”

Imagine … the American public being divided over immigration and race … How could that be possible without Russian trolls?

The Post (Oct. 9) reported that the Russian trolling operation resides “in a large gray building north of the St. Petersburg city center … There, young people work 12-hour shifts and make between $800 and $1,000 a month, “an attractive wage for former students and young people. It is impossible to get inside the building, and there are multiple entrances, making it hard to tell who is a troll and who is not.”

Facebook, Twitter, Instagram, and Pinterest are amongst the many Internet sites that we are told have been overrun by Russian trolls. The last named is a site that specializes in home decor, fashion and recipes. Have the Russians gone mad? Or are the American accusations the kind of stuff that is usually called – dare I say it? – “propaganda”?

“How much the trolls affected the outcome of the U.S. election is unclear,” the Post had to admit. “But their omnipresence is evident on Twitter and in the comments section of publications like the Washington Post, where trolls can be found criticizing news stories, lambasting other posters and accusing one another of being trolls.” Are you starting to chuckle?

At one point the Post reported that Facebook “identified more than 3000 advertisements purchased in a Russian-orchestrated campaign to influence the American public’s views and exploit divisions around contentious issues.” And Congressional investigators said that some of the Facebook ad purchases had “obvious Russian fingerprints, including Russian addresses and payments made in rubles,” and that “accounts traced to a shadowy Russian Internet company had purchased at least $100,000 in ads during the 2016 election season.”

However, at other times the Post told us that Facebook had pointed out that “most of the ads made no explicit reference in favor of Trump or Clinton,” and that some ads were purchased after the election. We’ve been told, moreover, that Facebook Chief Security Officer Alex Stamos’s team “had searched extensively for evidence of foreign purchases of political advertising but had come up short.”

In any event, we have to wonder: What political savvy concerning American elections and voters do the Russians have that the Democratic and Republican parties don’t have?

I have read numerous references to these ads but have yet to come across a single one that quotes the exact wording of even one advertisement. Is that not odd?

To add to the oddness, in yet another Washington Post article (Sept. 28) we are informed that “some of the ads promoted African American rights groups, including Black Lives Matter, while others suggested those same groups posed a growing political threat, according to people familiar with the material.”

Who and what is behind these peculiar goings-on?

More fun and games: the Department of Homeland Security in September notified Virginia and 20 other states about Russian efforts to hack their election systems in 2016.

Earlier this year, U.K. Foreign Minister Boris Johnson declared, apparently without embarrassment: “We have no evidence the Russians are actually involved in trying to undermine our democratic processes at the moment. We don’t actually have that evidence. But what we do have is plenty of evidence that the Russians are capable of doing that.”

At a Sept. 27 Congressional hearing, FBI Director Christopher Wray joined this proud chorus, testifying: “One of the things we know is that the Russians and Russian state actors are trying to influence other elections in other countries.” Mr. Wray forgot to name any of the other countries and the assembled Congressmembers forgot to ask him for any names.

Perhaps the main reason for questioning charges of Russian interference in the 2016 US election is that Russian President Putin would have been risking that the expected winner, Hillary Clinton, would have been handed a personal reason to take revenge on him and his country. But that’s just being logical and rational, two qualities Cold War II has no more use for than Cold War I did.

“Moscow seeks to promote a multi-polar world predicated on the principles of respect for state sovereignty and non-interference in other states’ internal affairs, the primacy of the United Nations, and a careful balance of power preventing one state or group of states from dominating the international order. To support these great power ambitions, Moscow has sought to build a robust military able to project power, add credibility to Russian diplomacy, and ensure that Russian interests can no longer be summarily dismissed without consequence. … Russia also has a deep and abiding distrust of U.S. efforts to promote democracy around the world and what it perceives as a U.S. campaign to impose a single set of global values.”

As to the U.S. promoting democracy around the world … Oh right, that’s what the Pentagon calls Saudi Arabia, Qatar, Egypt, the Philippines, Honduras, Turkey, et al.