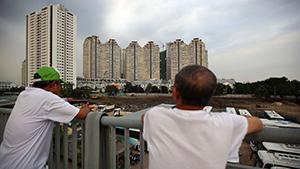 Vietnam’s growth accelerated in the third quarter to more than 7 percent, with the economy on track to remain among the world’s fastest.

The strong growth eases pressure on Vietnam’s officials to add more stimulus to meet a target of 6.7 percent economic expansion this year. Exports will remain strong because of new factories opening and rising commodity prices, the Asian Development Bank said in a report this month, as it predicted growth of more than 6 percent this year and next.

The central bank is among a handful of Asian monetary regulators to ease policy this year, unexpectedly cutting its benchmark interest rate for the first time in three years in July. Prime Minister Nguyen Xuan Phuc in August also asked the central bank to take steps to bring down banks’ lending rates to help businesses.

In Asia, economies growing more than 6 percent a year include China, India and the Philippines.

— With assistance by Ditas B Lopez

Foreigners edge back into Turkish markets