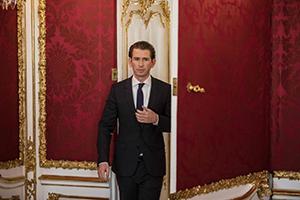 The drums sounding the march of Europe’s populists into the political mainstream grew louder this week. Elections in Austria and the Czech Republic delivered big gains or outright victories to parties campaigning on nativist or anti-immigrant platforms. In Austria, a center-right party is set to enter government in coalition with a far-right faction that has capitalized on growing anti-Muslim sentiment.

“This election result is something we feared,” said Ramazan Demir, a Vienna-based imam, to my colleagues. “During the campaign we saw how populists created panic. Austrians voted for them for that reason.”

In his new book, “Go Back to Where You Came From: The Backlash Against Immigration and the Fate of Western Democracy,” Sasha Polakow-Suransky chronicles the rise of anti-migrant politics and right-wing nationalism in Europe, providing a helpful guide to the intellectuals inspiring the continent’s right-wing demagogues. “At its heart,” my colleague Carlos Lozada notes in The Washington Post’s review, “this is a book less about migrants and policies than about thinkers and politics.”

Polakow-Suransky spoke to Today’s WorldView about the shifting political landscape in the West.

#Austria and Europe’s Right: “There are real problems w/immigration, but that doesn’t excuse the civilizational war rhetoric” @sasha_p_s pic.twitter.com/V7jXHMJned

SPS: Today, left and right are defined more in terms of one’s position on immigration. During the 1970s and ’80s, there were clear ideological battle lines in European politics, mostly along economic policy lines. That divide has been blurred and eroded. In the ’80s, most far-right parties were hostile to immigrants and the welfare state. But at some point they discovered they could make huge intellectual inroads by becoming more socialist than the socialists.

France is the most clear-cut case: If you look at the electoral map, districts that were Communist-dominated 20 years ago now voted overwhelmingly for Le Pen. She doesn’t like to talk about a “welfare state,” but she has lured those voters by promising something similar: social protections, but for the French. It is the idea of a nativist nanny state, and it has been hugely politically profitable.

Many of these nativist leaders stress that Islam is incompatible with their societies. How much does it matter that Islam is the dominant faith of many of the migrants who are sparking populist ire?

Hostility toward Islam was not a mainstream idea or even familiar to most Americans before 9/11. In some E.U. countries there was, prior to 9/11, some anti-Islamic sentiment because of tensions between new immigrants from places like Turkey and Morocco and locals. So I think that the openly and unapologetically Islamophobic rhetoric we see today is in part a reaction to 9/11 and subsequent terrorist acts committed by Muslims, and part of it is because far-right leaders have consciously stoked these sentiments, and gained political capital — and votes — by doing it.

If there had been a string of terrorist attacks by Hindus or Sikhs or Jews, I have no doubt that a similar backlash could have been fomented by nativist leaders targeting those groups. Unfortunately, history is littered with examples of backlashes that target an entire group for collective punishment due to the acts, real or imagined, of a few of that group’s members.

It’s somewhat lost in the denunciations of multiculturalism that these immigrant communities aren’t emerging from a vacuum. They’re often coming from place with a long and real history of European colonial meddling.

This is an important point. I think that France is the starkest example of this. Holland was an imperial power, but the immigrants who came after World War II were, for the most part, not from their former colony Indonesia. Germany has a bloodstained colonial history, too, but it wasn’t Namibians or other Africans coming there after the war for the most part. It was Turks.

In France, the Algerian War has never really ended. You can hear it in the rhetoric of the far right, from Le Pen to mayors like Robert Ménard in the southern town of Beziers. The pieds-noirs, or settlers, who fled Algeria from mainland France are a major voting bloc in the south, and some of the National Front’s appeal is pitched directly at them.

Hostility toward Arabs and hatred of Muslims, a relic of the war, is still present. Despite the fact that many French people of Algerian and North African descent have been in the country for generations, they are still not seen as truly French.

To inflame things further, Le Pen and others on the right have weaponized the sacred French concept of secularism against Muslims. It was designed to keep the state neutral in matters of religion, keeping all faiths out of the public sphere, but debates about secularism today are almost exclusively about keeping the Muslim faith out of public view. That’s the fallacy of the claim of neutrality. No police officers were forcing French nuns to remove their habits or telling Orthodox Jewish women not to wear wigs or cover up at the beach.

A prominent liberal theorist told me after Trump’s election that we’re just seeing the death rattle of an increasingly obsolete form of politics in the West. Is that naive?

I think it is a mistake to see this as a death rattle. Yes, the white Christian Americans who brought Trump to power are a declining demographic in the United States, but I think there are two problems with this argument. First, it neglects the fact that fear of decline is a powerful political force, and this is a group that is perfectly capable of fighting a rearguard battle to preserve their dominance.

Second, I think it’s naive to assume that racial minorities will automatically form a firewall for Democrats in future elections. The problem is that it assumes that all of these voters’ identities are politically static and that no Latinos or blacks or Asians will be drawn to the GOP or other parties in the future due to religious or cultural or economic issues that we can’t even imagine today. The political battle lines won’t always be the same as today.

No matter their momentum, these populist movements still command just a slender segment of overall voters. How corrosive can they actually be for liberal democracy?

You’re right that they command a fairly small segment of voters in many countries. But let’s not forget that Trump successfully implemented a hostile takeover of the GOP and won an election with close to 63 million votes.

In Europe, Le Pen took 34 percent, which is twice what her father won in 2002. It’s a remarkable number considering the party’s baggage. A third of French voters subscribe to that ideology, and I shudder to think what the numbers would have looked like if there had been a terrorist attack like the one in Marseille last month on the eve of the election.

In Denmark, there is a very real possibility that the Danish People’s Party will become the largest party in the near future and have a chance to form a government. So I think there is a very serious risk, because if these parties gain power they will govern as majoritarians, not constitutional democrats, and that could mean treating certain groups as second-class citizens, jettisoning protections of minority rights and adopting exclusionary policies. And even if they don’t win elections, populist or nativist parties have managed to pull the public debate so far in their direction that they have already won on some level.

Want smart analysis of the most important news in your inbox every weekday along with other global reads, interesting ideas and opinions to know? Sign up for the Today’s WorldView newsletter.