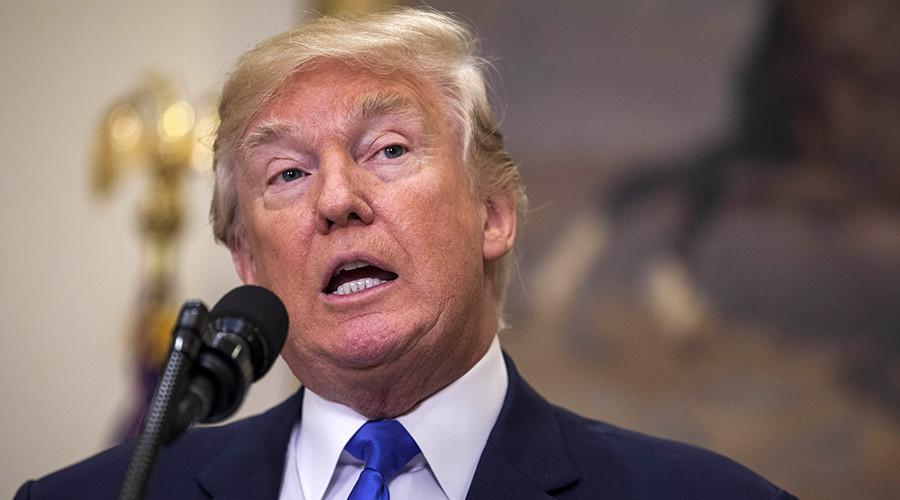 Most Americans disapprove of US President Donald Trump’s job in office, according to the latest Harvard-Harris survey.

Fifty-eight percent disapprove of the job the president is doing, while 42 percent say they approve, the poll released on Monday night found.

In September, 45 percent Americans endorsed Trump’s job amid praise for the federal government’s response to the hurricanes that battered several states.

But since then Trump has faced severe criticism for his poor response to a hurricane that devastated Puerto Rico.

He has blasted the mayor of San Juan, Puerto Rico, for her “poor leadership” after she begged for help in handling the crisis and devastation caused by Hurricane Maria, which has left millions in Puerto Rico without power several weeks after making landfall.

The Harvard-Harris poll showed that 51 percent of voters say that the president’s response to Hurricane Maria was worse than his response to the hurricanes that targeted the coastal states that have a shoreline on the Gulf of Mexico.

“Trump has a strong economy and majority support for the job he is doing on the economy — normally enough to shoot any president’s ratings sky high,” said Harvard-Harris co-director Mark Penn.

“But the intraparty war and dust kicked up on Puerto Rico and his way of responding has people on edge about his leadership. He continues to maintain his tweets work for him despite the evidence they divide critical swing voters from his appeal.”

Trump has also been under fire recently over his controversial remarks about Gold Star families and his unending criticism of football players who kneel during the national anthem.  All this has affected his job approval ratings.

In August, Trump set records for low presidential approval records with his dismally low approval ratings, including the lowest mark ever for a president in his first year in office.

His approval rating of 34 percent was worse than former President Barack Obama’s ever was.

Low approval ratings impede a president’s ability to push an agenda through Congress and make it more likely the president’s party will lose seats in Congress in the midterm elections.

Trump’s average approval rating of 40 percent since he entered office is even lower than the previous average low for a first-term president, 46 percent, set by Jimmy Carter, who endured several crises during his term.

Since Gallup began tracking presidential approval in 1945, only four presidents spent significant time below 40 percent during their first four years.