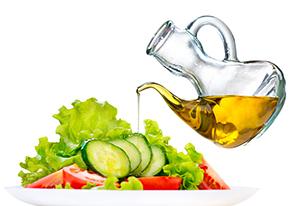 Kidney function declines as many people age. The loss of kidney function can lead to chronic kidney disease, a growing epidemic. Along with kidney disease often comes risk factors including hypertension and diabetes. There has been a great deal of progress made in aggressively treating these risk factors in protecting kidney disease, but could additional benefits be provided through an improved diet? This is the question researchers from Columbia University Medical Center in New York sought to answer.

About the Mediterranean Diet

​A Mediterranean diet is said to have originated in Southern Italy, Spain, and Greece. It is inspired by the traditional ways that the people in these areas ate. This diet consists of a high intake of fruits, vegetables, fish, legumes, and heart-healthy fats such as olive oil. It is also low in red meats, processed foods, and sweets. A specific Mediterranean food pyramid can even be found.

​Researchers noted that many prior studies have found the association between a Mediterranean diet and a range of health outcomes to be favorable. Some of those health outcomes related to diabetes, cancer, Alzheimer’s, and cardiovascular disease. With that in mind, researchers went to work on determining whether the Mediterranean diet could also prove helpful with regards to kidney health.

The observational, community-based, and prospective study examined the relations of varying degrees of the Mediterranean diet on long-term kidney function. The 900 participants who took part in this study were followed for nearly 7 years. The researchers used a point system to indicate the level of adherence to the diet each participant maintained. They found that for every one-point higher in a Mediterranean diet adherence score, there appeared to be a 17% lower risk of developing chronic kidney disease. Additionally, dietary patterns with a score of ≥5 closely resembling a Mediterranean diet were connected with a 50% lower likelihood for developing chronic kidney disease and a 42% lower risk of experiencing rapid decline in kidney function.

With all of this said, diet alone will only do so much. Diet needs to be coupled with a regular exercise regimen in order for the greatest health gains to emerge. And, as an added bonus, if you are watching your diet and regularly exercising, there’s been more than ample anecdotal evidence to suggest that the occasional snack or even less than stellar meal won’t be enough to derail your health goals. In other words, a Mediterranean-style diet and regular physical activity can be two significant pieces of the your health puzzle.