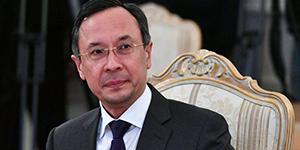 Astana, SANA- Kazakh Foreign Minister Kairat Abdrakhmanov announced that he doesn’t exclude the participation of new delegations in Astana 7 meeting on Syria scheduled to be held in late October.

Minister Abdrakhmanov was quoted by Sputnik Agency as telling journalists that he doesn’t exclude the attendance of new participants at Astana 7 meeting on Syria, and that everything depends on the extent of coordination among the guarantor state.

He indicated that invitations have been sent to participants in the upcoming meeting.

Last week, the Kazakh Foreign Ministry announced that Astana 7 meeting on Syria will be held on October 30th-31st.