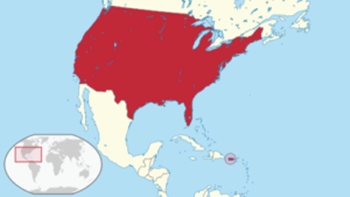 Many Puerto Ricans continue to live in primitive and dangerous conditions more than a month after Hurricane Maria devastated the U.S. territory in the Caribbean, as Judith Berkan explained to Dennis J Bernstein.

Last Thursday, President Trump gave his administration a “ten out of ten” for its handling of the hurricane recovery in Puerto Rico, However, even as Trump was patting himself and his team on the back the power grid in San Juan went down again throwing the city into darkness.

More than a month after Hurricane Maria made landfall on Sept. 20, many Puerto Ricans remained in dire straits, especially those needing electricity for respirators or dialysis machines to treat medical conditions. Some back-up generators were burning out due to overuse.

Meanwhile, those living in more remotes areas of Puerto Rico like Vieques and Culebra were still living without any resources, often left to fend for themselves, forced to drink highly polluted water from rivers, or other sources, including those directly connected to superfund sites.

Given Puerto Rico’s ongoing crisis, some officials of the U.S. territory have tried to avoid angering the President. At one point during the meeting in the Oval Office, Trump turned to Puerto Rico’s Governor Ricardo Rossello and asked, “Did we do a great job?” Rossello finessed the President’s question: “You responded immediately, Sir.”

But San Juan Mayor Carmen Yulin Cruz quipped that Trump was right about giving his administration a “10” if it was out of 100. “If it is a 10 out of a scale of 100, of course, it is still a failing grade,” she said on CNN’s “New Day” on Friday.

In an interview late Thursday, I spoke with Flashpoints contributor Judith Berkan in San Juan, whose electricity had again failed, along with millions of other Puerto Ricans. Berkan is a human rights activist and attorney who deals with land rights, and has been a resident on the U.S.’ island colony for the last 40 years.

Judith Berkan: In some ways, the situation keeps getting worse. For example, just a half an hour ago most, if not all, of the San Juan area lost electricity. The power comes and goes. You get it for a couple days and you get a sense of some routine in your life and then it disappears again. So the San Juan metropolitan area, which in some ways is the economic motor of the country, is still in the dark. I live in an apartment building which has generators. There has been a fire sale of generators here at very exorbitant prices. People are being gouged.

Dennis Bernstein: Talk about the situation in terms of power at medical facilities.

Judith Berkan: I just spoke with a friend of mine who spent all day waiting for ambulatory surgery and then the lights went out. About three-quarters of the hospitals on the island are working but most of those are working on generators. Generators cause all sorts of other problems. The air contamination is frightening and we are seeing more respiratory diseases.

Because of the uncertainty of power, hospitals are limiting their operations and sending people who can afford it off the island to have operations. Because doctor’s offices are closed by and large, emergency rooms have become, in effect, doctor’s offices.

There has been a propagation of contagious diseases. Pneumonia is showing up quite a bit. We have had torrential rains this past week. In October, so far, we have had over six inches of rain, which has resulted in huge floods. The water is still contaminated by animal carcasses and rodent urine and that kind of thing. We are seeing scabies, which is one of those diseases that can pass from an animal to a human being.

We also have a devastating situation with the tarps. Something like 250,000 homes have totally lost their roofs and many more have lost part of their roofs. The FEMA director here was saying that the only tarps that have been distributed were some 45,000 that were on stock here in Puerto Rico. When the request was made for more tarps to the States, they said that none were available. So now they are being manufactured and they estimate that next week 500,000 will arrive.

As far as the job that the US is doing, they are not offering enough aid, they are offering us loans at a time when Puerto Rico’s indebtedness is extraordinary to begin with. There are still communities, 29 days after the storm, who have not been reached by a single governmental agent. Only about 10 percent of roads are passable and there is still debris all over the streets.

Dennis Bernstein: Drinkable water is in short supply. This is like going back a hundred years.

Judith Berkan: People are drinking from creeks. There was a scandal last week when it was discovered that people were drinking water coming from a superfund site. Personally, as someone who has had water most of this time, I will not drink the water that comes out of the tap. I have no idea whether the water is contaminated or not.

I knew that Trump and Rossello would be meeting today but I hadn’t heard Trump’s statement. To say that the federal effort has been a ten out of ten would be laughable if it were not so sad. I mean, drop Mr. Trump off in the middle of the island and see if he can get water or a roof over his head.

Dennis Bernstein: The president made a big deal about the minimum number of deaths so far.

Judith Berkan: Every estimate is different. The most recent estimate is 49. 103 [people] are still missing. There are still cadavers being found in river beds. Beyond that, there are many consequential deaths that are not being taken account of. This includes people with respiratory illnesses, people who need frozen insulin, people on rationed dialysis.

No one has studied the psychological effects of all this, but there have been several suicides. So the number of deaths is going to go way up. And even if there have been only 49 deaths, that is not the true measure of the suffering or the responsibility of the United States with respect to this colony.

Dennis Bernstein: And I imagine the situation is a great deal worse in places like Vieques.

Judith Berkan: Vieques and Culebra are two offshore islands with very little access to goods and supplies. There are about eight or nine thousand people on Vieques and about 1,500 on Culebra. Those people are completely on their own. There have been reports of widespread food insecurity. There is only one hospital on Vieques and I don’t believe there are any on Culebra. The shipping out there is very unreliable. They are really suffering, as are people in the mountains and also in the poorer communities within the cities.

I do want to say that there has been a lot of solidarity, a lot of aid coming in. We suggest that donations be made to the community organizations, not to corporate organizations like the Red Cross or the First Lady’s Fund.

Dennis Bernstein: Vieques had the hell bombed out of it for decades and the remnants of that are going to cause people to get sick for years to come.

Judith Berkan: Before the storm hit, there were cancer pockets in Vieques. For a period of about thirty years Culebra was bombed by the US Navy and in Vieques the bombing went on for about sixty years, from the 1940’s until 2003. They left Culebra in the 1970’s and Vieques in 2003, in both cases after massive protests.

When the Navy left, they just left the contaminants there. There is unexploded ordinance but more dangerous are the contaminants that have made their way into the ground water. I have no confidence in the water supply, either on Vieques and Culebra or here on the main island. A lot of people are receiving bottled water but I don’t know how long it is going to be sustained.

Dennis Bernstein: Who is in charge?

Judith Berkan: That is the question of the hour. Nobody knows. There is a lot of finger pointing. The local government is pointing at the feds. FEMA is here, the Army Corps of Engineers is here, the local government, the municipal government. We also have private security firms here, such as the current incarnation of Blackwater. You see the US military here. And everyone points fingers at everyone else. No one knows where to go to get certain things.

Judith Berkan: One positive development has been that grassroots organizations, progressive organizations, agricultural collectives, and labor organizations have come together to reach out to the people. But as for officialdom, it is totally unknown who is in charge.