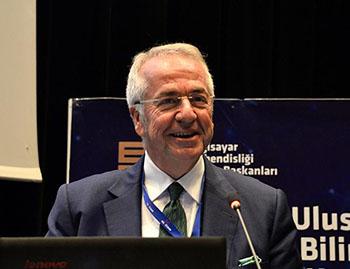 Turkey should take urgent steps toward normalization, the head of the Turkish Business and Industry Association (TÜSİAD), a leading business group, has said while responding to a question on the ongoing state of emergency.

“We know that no economic gain can become lasting and sustainable unless democracy improves. We cannot speak of added value, creating jobs, attracting qualified investments or effective enterprises without becoming a society of law, democracy and freedoms,” daily Cumhuriyet quoted TÜSİAD chair Erol Bilecik as saying on Oct. 23.

“We should take rapid steps toward normalization,” he said.

The priorities of the business group are taxes, workforce and education, Bilecik said.

“We have faced many sad incidents in recent years, including a heinous coup attempt and terrorism. Today, we strongly need to leave these all behind and come together within the scope of common ideals.”

He also called on political parties to avoid polarization.

The business group has been receiving complaints from foreign partners over harder procedures of coming to Turkey, making travel, health insurance and signing contracts difficult due to regulations of institutions, Bilecik said.

“As we are trying to increase exports and develop our trade ties, our trade partners may be worried over risks in the supply of goods. All these show that the perception [of Turkey] is different abroad than what we have here,” he said.

Bilecik also commented on a recent law, which has been approved in parliament granting the right to “muftis,” who are local religious authorities, to perform marriages along with municipal officials.

“Marriage is an issue of family law, a matter of society. We see this issue within the framework of principles of secularism. We had wished that religious officials would not be able to act on this issue,” he said.