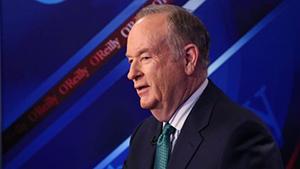 Ms Kelly said Mr O’Reilly’s suggestion that nobody had complained about his behaviour at Fox was “false”. “I know because I complained,” she said.

Mr O’Reilly retorted: “I don’t know why [Kelly] is doing what she’s doing. I’ve helped her dramatically in her career.”

Mr O’Reilly has denied any wrongdoing.

In an interview with radio host Glenn Beck on Monday, Mr O’Reilly said he had “never had a problem” with Ms Kelly.

“When she was getting hammered earlier this year, I wrote a column sticking up for her,” he said.

Mr O’Reilly said that he was not going to “run and hide” from allegations of sexual harassment at the company, but added that he wanted the story to “go away because it’s brutalising my family.”

“That is not a nuisance value settlement, that is a jaw-dropping figure,” Ms Kelly said.

“OJ Simpson was ordered to pay the Goldman and Brown families $33.5m for the murders of Ron and Nicole,” she added, “what on Earth would justify that amount? What awfulness went on?”

Ms Kelly, who left Fox to join NBC earlier this year, said she had sent an email to several Fox News executives in November 2016 in relation to Mr O’Reilly’s alleged behaviour.

Her email, she said, suggested that perhaps Mr O’Reilly “didn’t realise the kind of message his criticism sent to young women” when he talked about the issue of speaking out about sexual harassment.

“Perhaps he didn’t realise that his exact attitude of shaming women into shutting the hell up about harassment on grounds that it will disgrace the company is in part how Fox News got into the decade-long [Roger] Ailes mess to begin with,” she said.

In an interview with CBS News, also in November 2016, Mr O’Reilly was asked about a chapter in Ms Kelly’s memoir relating to the former Fox News chairman Roger Ailes and alleged sexual harassment at Fox News.

“I’m not interested in basically litigating something that is finished that makes my network look bad,” he said. “That doesn’t interest me one bit.”

Mr O’Reilly was forced to resign in April following a raft of sexual harassment allegations.

The settlement with Ms Wiehl – which was “extraordinarily large” for such cases, according to the Times – is one of six involving O’Reilly that are in the public domain, totalling $45m.

Several of those suits involved Mr Ailes, who stepped down in 2016 amid accusations of harassment which he denied. He died in May.

Armenian foreign ministry: Azerbaijan bears full responsibility for losses and deprivations of people of the region for three decade 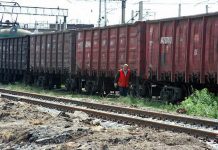 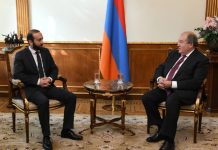