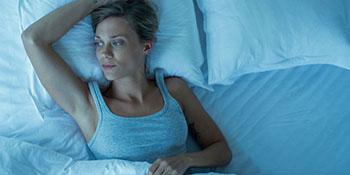 Meanwhile, extroverts have higher levels of energy during the day

It is estimated that up to 70% of Britons are not getting the recommended amount of sleep every night – and new research now shows that our personalities could be to blame.

While factors such as stress, energy levels and external stimuli are known to keep us awake at night, a study carried out by Best Mattress Brand found that people who display more introverted characteristics are also more like to suffer with disrupted sleep.

Generally speaking, someone who is deemed an ‘extrovert’ tends to focus on the outer world and is loud or outspoken. Conversely, introverts are thought to focus more on the ‘inner world’ displaying quieter characteristics. To conduct their research, the team asked at 1,000 American participants to complete the Myers-Briggs Type Indicator test – a personality test which asks a number of questions in order to reveal the characteristics of an individual’s basic nature. After taking the test, the volunteers were then asked several questions about their sleep and dream experiences.

Anyone who’s ever had a nightmare will know just how much they can ruin your sleep and make you feel rubbish the next day, so these findings are definitely interesting when it comes to further understanding the complexities of sleep. The team conclude:

“Research like ours may not neatly resolve these questions, but they do suggest possibilities for self-exploration. Perhaps we stand to learn from how our preferences confirm or clash with our unconscious in the world of sleep and dreams.”

The research team were also keen to point out that “no matter where you fall on the personality spectrum outlined above, each type possesses its own merits and potential challenges. No personality is better than any other. Analysing these differences should simply allow us to understand each other better.”