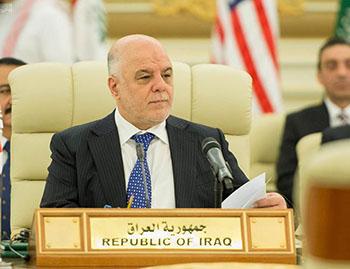 Iraqi Prime Minister Haider al-Abadi will pay a visit to Turkey on Oct. 25 to meet Turkish officials in a bid to coordinate efforts to stop the Iraqi Kurdistan Regional Government’s (KRG) independence bid.

Iraqi premier al-Abadi and his delegation will meet with Turkish Prime Minister Binali Yıldırım, state-run Anadolu Agency reported on Oct. 23. It was not immediately clear whether President Recep Tayyip Erdoğan will also meet the Iraqi premier.

:“At the meeting between Prime Minister Yıldırım and Iraqi Prime Minister Abadi, issues concerning the development of cooperation between Turkey and Iraq in ways that contribute to regional peace, stability and security as well as joint steps will be discussed after the illegal referendum held by the KRG,” read a statement issued by the Turkish Prime Minister.

The visit comes after Iraqi troops captured Kirkuk and Mosul from the KRG forces in a move that was interpreted as a major failure of the KRG’s independence bid. Both cities and nearby regions have been taken under control by the central government after a three-year hiatus.

Turkey and Iraq stood on the same page against the KRG’s referendum that was held on Sept. 25 and agreed to coordinate efforts to nix the autonomous region’s initiative to break the territorial integrity of Iraq.