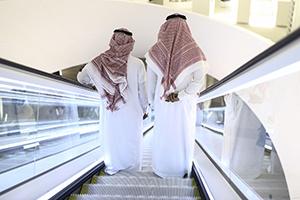 Saudi Arabia’s market regulator is implementing reforms at breakneck speed to attract foreign investors, but stocks have little to show for it.

Two years after international investors were first allowed to trade Saudi stocks directly, total foreign ownership has lingered below 5 percent of the value of shares on the exchange. The 50-day moving average for the Tadawul All Share Index’s volume fell this month to the lowest level since 2011 and the stock gauge is among the world’s top 10 worst performers this year, missing out on a rally that sent emerging-market equities soaring 30 percent.

The reforms are part of a vision to make the stock market a gateway into Saudi Arabia as authorities seek to transform an economy too reliant on oil revenue. This year alone, the kingdom shifted its settlement cycle to T+2, introduced short-selling and started a parallel market with less stringent requirements for listing, among other changes. This week authorities said they are seeking to allow foreigners to own strategic stakes in listed companies.

But the measures come as Saudi Arabia is mired in a war in Yemen and proxy conflicts against Iran in the Middle East. The latest incident that raised the kingdom’s risk profile is a Saudi-led spat against Qatar, which has been accused of funding terrorism, a charge it denies.

“What foreigners are looking for is absolute clarity from the Saudi government on what they are going to do,” said Simon Kitchen, a Cairo-based strategist at EFG-Hermes Holding, the Middle East’s biggest publicly traded investment bank. Overall, communication on the reforms “could’ve been better. Good communication is as important as policy making,” he said.

Clarity may be hard to come by. No other nation has managed to wean itself off petrodollars on this scale. The man spearheading the reforms is Crown Prince Mohammed bin Salman, 32, whose rapid rise to power saw him leapfrog more senior princes to become the predominant leader in less than three years.

The country’s plan to transform itself — first announced in 2016 — includes doubling the size of the stock exchange and boosting the number of traded companies by about 50 percent in seven years. The bourse’s market capitalization has risen about 10 percent since the middle of 2016 to $440 billion.

Meanwhile, the economy this year contracted in two straight quarters for the first time since 2009, which wasn’t a surprise to analysts given that OPEC members are cutting oil production to bolster prices. What alarmed them was the 0.6 percent pace of expansion in Saudi Arabia’s non-oil economy, which has languished below 1 percent for several quarters.

Still, the “reform process is well on track,” said Michael Bolliger, the head of emerging-market asset allocation at UBS Wealth Management’s chief investment office in Zurich, which manages about $2.3 trillion.

“Fundamentals aside, one of the main reasons for the lack of popularity is that Saudi Arabia is still an off-benchmark market,” said Mohamad Al Hajj, an equities strategist at EFG-Hermes in Dubai, who estimates that passive inflows from funds tracking both FTSE Russell and MSCI Inc. indexes could total $12 billion, equivalent to about 2.5 times the value of swaps foreigners use to hold equities and shares owned by qualified foreign investors.

Index provider FTSE denied the nation entry to its emerging market list in its September country classification annual review. It softened the blow when it said the kingdom will soon meet criteria to be promoted from unclassified status to a secondary emerging market. Saudi Arabia will be assessed again in March.

MSCI in June added the kingdom to its watch list to potentially be added to its emerging markets index. Bolliger sees MSCI inclusion next year as a “base case.”

For some investors, the problem is simple. They want to meet companies face-to-face, but everyone who enters Saudi Arabia needs to apply for a business visa, and small companies in the kingdom are typically difficult to get hold of.

“For us it’s been an issue of access,” said Ami Kemppainen, a portfolio manager at Terra Nova Capital Advisors Ltd. in Dubai who manages a $125 million fund focused on emerging and frontier markets and is keen to invest in Saudi Arabia. Even brokers on the ground described having difficulty communicating with smaller companies, he said.

“We are a bottom-up investor and one of our required steps is meeting a company,” Kemppainen said. “If we cannot meet, we do not invest. Unfortunately for us, right now, this is where the road ends for Saudi Arabia.”