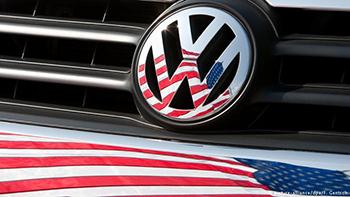 US regulators have approved a fix for emissions systems in 38,000 Volkswagen AG 3.0-liter vehicles. The decision means the German carmaker won’t have to buy the vehicles back, potentially saving more than $1 billion.

The ruling by the Environmental Protection Agency (EPA) and the California Air Resources Board (CARB) means VW will not need to buy back the luxury 2013-2016 model-year diesel Porsche Cayenne, Volkswagen Touareg and 2013-2015 Audi Q7 sport utility vehicles.

“The automakers will contact vehicle owners to offer them the modifications and an extended warranty free of charge,” CARB said in a statement.

The approved fixes will remove the “defeat device” software that made it appear the vehicles’ emissions during testing were below the legal limit. In some cases just the software will be updated, in others both software and hardware will be fixed.

After the first accusations against VW were made in September 2015, the company has paid more than $29 billion (€25 billion) in penalties and compensation after admitting it had rigged about 11 million diesel vehicles worldwide to cheat emissions tests. The latest ruling could save VW an estimated $1.22 billion (€1.04 billion).

Under a settlement approved by US District Judge Charles Breyer in May, VW would have been forced to offer to buy back 80,000 vehicles with 3.0-liter engines if it had not won government approval for a fix.

The company is still waiting on a ruling from the US authorities for approved repairs for about 40,000 cars with 3.0-liter diesel V-6 engines. VW spokeswoman Jeannine Ginivan said the company was “working closely with our regulators to develop approved solutions for the remaining 3.0L TDI V6 vehicles as quickly as possible.”

In September, VW said it was taking a further $3 billion charge to fix diesel engines in the US, lifting the total bill for its emissions-test cheating scandal to around $30 billion.

Repairs have been approved for the remaining VW and Audi vehicles powered by 2.0-liter engines, totaling about 477,000 vehicles.

Eight VW executives have been indicted in the US and two have pleaded guilty to being involved the emissions cheating program.