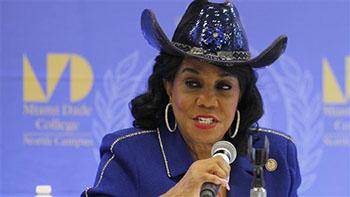 Widow of a US soldier recently killed in Niger has raised questions about the government’s account of the October 4 attack that led to the death of her husband and three other American servicemen.

Myeshia Johnson, whose husband, Sergeant La David T. Johnson, was killed in an attack that is still under investigation by the US military, told ABC News on Monday that she was desperate to know more about the disappearance and death of her husband.

“I want to know why it took them 48 hours to find my husband,” Johnson said.

She was also furious and confused as to why the military kept preventing her from viewing the remains of her husband.

“They don’t let me see anything. I don’t know what is in that box. It could be empty for all I know,” Johnson noted.

Technician Sergeant Holly Roberts-Davis, who handles public affairs at Dover Air Force Base’s mortuary affairs division, said families of the dead soldiers are not allowed to see the remains until after the body is thoroughly inspected and cleared by the division’s medical examiner.

The widow also talked about US President Donald Trump’s condolence call to her, which has made the headlines due to its bizarre nature.

According to Democratic Representative Frederica Wilson, who claims she was in a car with Johnson when Trump called her, the president said La David “knew what he signed up for,” and referred to the fallen soldier as “your guy.”

Johnson said Monday that the lawmaker’s account of the phone was “not fabricated” and Trump did not even know her husband’s name.

Wilson, a close friend of the Johnson family, has been trading barbs with Trump over Trump’s reaction to the attack, calling it his “Benghazi,” in reference to a 2012 attack on a US consulate in the Libyan city.

The Pentagon revealed new details about the attack on Monday night details of what happened remain murky more than two weeks after the incident.

According to General Joseph Dunford, the chairman of the US Joint Chiefs of Staff, the American troops were on their way back to their base when they were ambushed by some 50 Daesh militants near Niger’s border with Mali.

He said it took the troops an hour to request backup. Dunford said this could mean “that unit thought they could handle the situation without additional support.”

He said the soldiers were on a “reconnaissance mission” and investigators were trying to make out what caused the mission to change.

Unnamed administration officials told the CNN that initial assessments showed Johnson was separated from his 12-member team and his body was recovered nearly a mile away from the central scene of the ambush.

Senate Armed Services Chairman John McCain, a Republican, has criticized the Pentagon and Trump administration for not providing “enough information” about the attack.

“If the Congress doesn’t believe that they’re getting sufficient information, then I need to double my efforts to provide them information,” Dunford said.