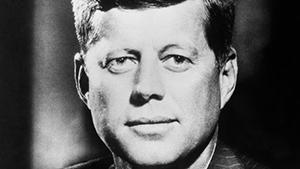 On Thursday, classified files about the Kennedy assassination will be released – but what might they show?

Where were you when Kennedy was shot?

Toni Glover was there, in Dallas, watching by the side of the road. She was 11 years old.

“I had a troubled childhood,” she says.

“I thought if I could get Kennedy to look at me, and wave at me, that would mean we had a personal relationship, and everything at home would be perfect.

“It was magical thinking from an 11-year-old.”

Toni got to the Dealey Plaza early and found a “perfect” spot to watch the president’s parade.

“He turned the corner. I thought, ‘I’m going to follow this car until it disappears because it’s the president – I’m going to watch every second I can.’

“And then his head exploded. It just exploded.”

She told her mother that someone had thrown fireworks into the car.

“But really, I knew different,” she adds.

Now, 54 years later, Dr Toni Glover is an associate professor at the University of Scranton in Pennsylvania.

“There are some legitimate investigators that have a question or two that they’ve almost answered.”

John F Kennedy, the 35th President of the United States, was shot dead on 22 November 1963. He was travelling in an open-topped limousine.

The Governor of Texas John Connally, who was sitting in front of the president, was wounded but survived.

Within 12 hours, he was charged with the killings of President Kennedy and JD Tippit.

On 24 November, Oswald was shot dead in the basement of the Dallas police department by Jack Ruby, a local nightclub owner. The shooting was captured live on television.

Ruby was convicted of killing Oswald and sentenced to death. He appealed but died of cancer in 1967, before the retrial.

A week after Kennedy was killed, President Lyndon B Johnson set up a commission to investigate the case.

The Warren Commission’s report, published in September 1964, said that:

There were other investigations:

In 1992, a law passed by Congress meant all assassination-related records – around five million pages – were transferred to the National Archives.

Around 88% of the records are open in full; 11% are open but with “sensitive portions” removed; and 1% are withheld in full.

According to the 1992 law, all records must be published in full within 25 years, unless the president says otherwise.

The deadline is Thursday.

Toni Glover – who saw the killing aged 11 – thinks there may have been a second shooter.

Some people believe the “other” gunman fired from the “grassy knoll”, which the president’s limousine passed.

Toni thinks the second shooter – if there was one – could have been on the other side of the road.

“There’s fairly substantial evidence,” she says. “It has some validity to it.”

Jefferson Morley is a former Washington Post reporter who has written several books on the killing – including one, out this week, about former CIA counter-intelligence chief James Angleton.

“I’ve never written about a conspiracy theory,” he says. “I report new facts about the assassination.”

He “tends to doubt” that Oswald shot JFK. He says it’s more likely the fatal shot came from in front of Kennedy – rather than behind.

“I know there’s a theory that if you get hit by a bullet from behind, the head goes towards the source of the bullet. But as a common sense explanation, it seems very unlikely.

“That sure looks like a shot from the front.”

Morley has other reasons to doubt the official story.

A paraffin test on Oswald’s cheek, after he was arrested, suggested he hadn’t fired a rifle (the test’s reliability has been questioned).

John Connally – the Texas governor who was also travelling in the president’s car – said he was not hit by the same bullet as Kennedy, contradicting the Warren Commission’s findings.

And Morley thinks other parts of the official explanation don’t add up.

“The official story – there was this guy Oswald, who nobody knew anything about, who came out of nowhere and shot the president – that story we know, beyond a reasonable doubt, is false,” he says.

“Oswald was monitored by the counter-intelligence staff of the CIA and by James Angleton for four years – from December 1959 when they opened their first file, to November 1963.”

But Thomas Whalen, an author and associate professor at Boston University, thinks Oswald did shoot JFK.

“And not just me, but in general, historians believe he was the assassin. The big question is – was he involved in a broader conspiracy?”

While the Warren Commission said Oswald acted alone, it did note that he travelled to the Soviet Union in 1959, unsuccessfully applied for Soviet citizenship, and lived there until 1962.

It also found that Oswald – a self-proclaimed Marxist – visited the Cuban and Russian embassies in Mexico City in September 1963, two months before Kennedy was shot.

Whalen says the newly released documents may shed light on this trip.

“What was Oswald doing in Mexico City weeks before the assassination? Did he meet Cuban and Soviet intelligence officials? Did they give him a green light?

“Certainly Fidel Castro (Cuban prime minister, then president) had motive to kill President Kennedy. We – we being the United States government – were trying to kill him.”

Bruce Miroglio, a lawyer from St Helena, California, has read “many thousands” of books on Kennedy and his assassination.

“In fact, I’m sitting in my office looking at the 26 volumes of the Warren Report,” he says.

Although he says the report made mistakes, he “basically supports” its conclusions.

He does not believe there was a second gunman, is “sceptical” of conspiracy theories, and is not expecting huge revelations in Thursday’s documents.

“The number of people that would be involved in the cover-up is so vast, it seems almost impossible they would keep anything earth-shattering under wraps,” he says.

Toni Glover says it will be “interesting” to see what emerges. She, though, will remain a witness, rather than an investigator.

“I can’t validate anything,” she says. “I was at an exuberant presidential parade, everybody hopping up and down, thrilled out of their mind.

“Fifteen seconds late we were in abject dread.”