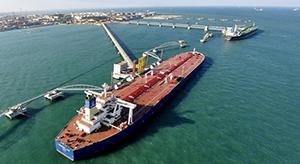 TOKYO (Reuters) – Oil prices were largely steady in early Asian trade on Wednesday, hovering near a four-week high hit a day earlier after top exporter Saudi Arabia said it was determined to end a supply glut.

U.S. West Texas Intermediate crude was trading down 4 cents at $52.43 a barrel, having risen 57 cents on Tuesday.

Saudi Arabia’s energy minister said the focus remained on reducing oil stocks in industrialized countries to their five-year average and raised the prospect of prolonged output restraint once an OPEC-led supply-cutting pact ends.

The Organization of the Petroleum Exporting Countries, plus Russia and nine other producers, have cut oil output by about 1.8 million barrels per day (bpd) since January. The pact runs to March 2018, but they are considering extending it.

“We are very flexible, we are keeping our options open. We are determined to do whatever it takes to bring global inventories down to the normal level which we say is the five-year average,” Falih told Reuters.

The U.S. government’s Energy Information Administration releases its report later in the day.