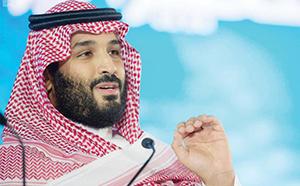 RIYADH: Saudi Crown Prince Mohammed bin Salman pledged on Tuesday a return to a moderate past and looked forward to a technology-driven future.
“We are returning to what we were before — a country of moderate Islam that is open to all religions and to the world,” he told the Future Investment Initiative (FII) conference in Riyadh.
“We will not spend the next 30 years of our lives dealing with destructive ideas. We will destroy them today,” he added.
The crown prince addressed an audience of thousands of global investors and dignitaries who visited the Saudi capital to hear first-hand how the country’s society and economy are being transformed. He said: “Saudi Arabia was not like this before 1979. We want to go back to what we were, the moderate Islam that’s open to all religions. We want to live a normal life.”
The remarks set a new tone for a country that is undergoing unprecedented economic and social reforms as it reduces its reliance on oil revenues while creating thousands of new jobs for a youthful population.
They also spoke to the needs of a country where 70 percent of the population is under the age of 30, with millions of young Saudis set to enter the workforce in the next decade.
At the same time, the government is challenging long-established social norms by ending a ban on women driving and signaling a move to open up the entertainment sector.
Last week, the Kingdom’s Culture and Information Ministry said it planned to monitor interpretations of Islamic teachings used to justify violence or terrorism.
Dr. Hamdan Al-Shehri, a Riyadh-based Saudi political analyst and international relations scholar, welcomed the crown prince’s resolute stand against extremism and terrorism and said Saudi Arabia’s efforts in the last two years had begun to bear fruit.
“Saudi Arabia leads the anti-Daesh coalition as well as a sustained campaign against terror and its extremist ideology and the campaign has broken the back of terrorism,” he said.
He said Saudi Arabia, under the leadership of King Salman and Crown Prince Mohammed, has demonstrated through words and deeds its commitment to eradicating both extremism and terrorism.
“The creation last week by royal decree of the King Salman Complex for the Prophet’s Hadith in Madinah was one more step in preventing the extremists from misinterpreting the teachings of Islam and from committing crimes and murders in the name of Islam,” said Al-Shehri. “This is a very significant step.”
He described the crown prince as a “wise leader,” who warns his people on every occasion to get rid of all extremist thoughts.
“Saudi Arabia is a modern nation; Islam is a religion of moderation. Islam is not against modernization, and we have seen the step of allowing Saudi women to drive … all these steps have restored Saudi Arabia’s standing as the leader of the moderate and proud Muslim world where there is no room for extremism,” he told Arab News.
Oubai Shahbandar, a Syrian-American analyst and fellow at the New America Foundation’s International Security Program, told Arab News that Saudi Arabia had played a notable role in the anti-Daesh campaign, both operationally in terms of military assets and ideologically to prevent recruitment and stop foreign fighters.
“The counter extremism center, Etidal, and the significant efforts made by Saudi Arabia in conjunction with allies to curb the illicit financial network of Daesh will ensure that this terror group never makes a comeback,” he said.
He said the recent establishment of an authority to scrutinize uses of the “Hadith” — the sayings, actions, and habits of Prophet Muhammad used by preachers and jurists to support teachings and edicts on all aspects of life — would prevent the seeds of extremism from blossoming in the future.
“The question we must all ask ourselves is how the defeat on the battlefied of Daesh and other extremist groups can be sustained so that they never occur again. This is a bold move that will go a long way toward delegitimatizing and preventing extremist ideologies from appearing and spreading,” he said.
He said the recent announcements and policy decisions made in Riyadh “will hopefully serve as an example of how change can be enacted for a new generation which will set an important precedent for the entire Arab world.”
On Tuesday, the FII audience heard from the chief of the Kingdom’s Public Investment Fund (PIF) which is seeking further international partnerships as part of a plan to become the largest sovereign wealth fund in the world.
Managing Director Yasir Al-Rumayyan also on Tuesday revealed a $20 billion alliance with the US investment fund BlackRock.
International Monetary Fund Managing Director Christine Lagarde addressed the event and warned that the next decades would determine whether the world moved toward “utopia or dystopia.” She said that climate change and the rise of inequality were the most significant threats to the global outlook. “If we don’t address these issues … we will be moving to a dark future” in 50 years, she said. 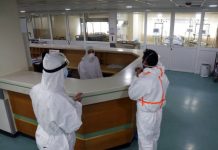 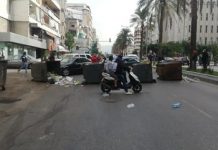