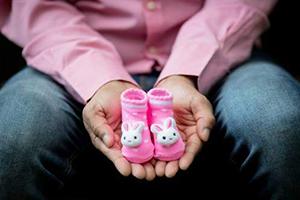 I’ve been in a relationship for a little more than a year. We got engaged a few months after we started dating, but our relationship is an emotional roller coaster. My fiancé has more than one babymother, and I have no trust in him. One of his babymothers keeps posting insults on Facebook, and one time I went into his phone and saw where she sent him naked pictures. His other babymother calls at various hours of the night. He thinks he owes her something because he cheated on her with the other woman. I don’t feel secure in this relationship. What should I do?

I note that you are engaged to be married. Have you begun premarital counselling? There are some matters that need to be discussed, including your gentleman’s association with the mothers of his children. Very often couples don’t discuss these important issues before marriage, and they become major obstacles afterwards. Therefore, premarital sessions are recommended during which the counsellor will ensure that such sensitive matters are openly discussed.

The truth is that both babymothers will have some claim on your beau as he must communicate with them regarding the welfare of his children. Another factor to consider is that they might each want to be his significant other or sexual partner. That could be the case of the one who sent him the naked pictures. You will have to contend with these women for a long time.

In my opinion, your fiancé must be forthright and establish boundaries between himself and the mothers of his children. He must maintain communication with them only as it concerns the children, and resist attempts by any of them to maintain a physical relationship. But is that likely? These women clearly share a past, a present, and a future with him, because of the children. They know his weaknesses and will capitalise on them, so he can’t afford to be in the wrong place at the wrong time.

The onus is on him to declare his status to you and the other women, and maintain his commitment to you as his intended wife. However, it seems unlikely that these women will respect his position and not intrude.

You mentioned that you don’t trust your partner. This is not a good sign for someone contemplating marriage. What’s the point of going into a marriage that you already know will bring you severe emotional strain? What about this man’s financial resources? Can he afford to maintain three families? I presume you would like to have children of your own.

Whether you have set the wedding date or not, I would suggest that you immediately engage in premarital counselling. I also urge you to think logically and rationally about your peace of mind. After all, you did say that you don’t feel secure in the relationship.

I note that you got engaged a few months after you met Mr Mention. Why not get to know him a little better before you walk down the aisle with him? Marriage is a serious step that requires deep consideration before entering it.