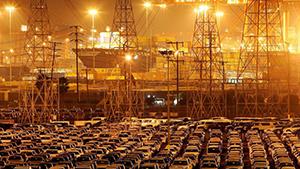 The Bloomberg Commodity Index, which measures returns on 22 raw materials, closed up 11 days in a row — a repeat on Friday would result in the longest run in records dating back to 1991. It climbed 0.3 percent at 9:43 a.m. in New York. While the index has been lifted this month by gains in crude oil, copper and gold, it still remains well below 2008 highs.

West Texas Intermediate rose above $60 a barrel to its highest level in more than two years on Friday on the New York Mercantile Exchange, buoyed by falling U.S. inventories and a recent pipeline explosion in Libya. That coincides with rising global demand and reduced output from the Organization of Petroleum exporting countries and allies including Russia.

“The key driver for the oil market this year has been that the OPEC and Russian production cuts were introduced, complied with and extended,” said Ric Spooner, a Sydney-based analyst at CMC Markets.

Copper had its best run in almost 30 years this month on the London Metal Exchange. The metal, used in everything from electrics to plumbing, jumped to the highest since 2014 on Thursday as concerns grew about supply disruptions in China, demand remained strong and a weakening U.S. dollar buoyed commodities. Prices slipped as much as 1.5 percent on Friday, heading for the first decline in 11 sessions.

Gold is set for a second annual gain and prices could be supported into January when demand in China usually picks up. Indian demand could also rise in 2018, according to traders including Ajay Kumar Kedia of Kedia Commodity in Mumbai. Indian demand was at a seven-year low in 2016, with a repeat likely when the numbers for 2017 are tallied, according to the World Gold Council.

Spot gold has rallied seven days in a row and is set for its highest close since October. Prices normally rise in January, data compiled by Bloomberg show.

It Can Only Get Better From Here

Trading is quieter than usual before New Year holiday in some commodities including WTI and Brent crude and LME copper. Spot gold volumes are holding around 100-day average levels.

— With assistance by Grant Smith, Ranjeetha Pakiam, and Thomas Biesheuvel

Russia warns U.S. warships to steer clear of Crimea ‘for their own good’