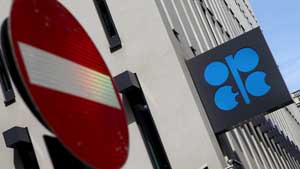 A couple of weeks ago, comments from the UAE’s energy minister spurred the oil price rally higher.

What the minister said — or rather, hinted — was that the oil production cut deal that OPEC agreed to at the end of 2016 with Russia could continue beyond its December 2018 deadline. The rise, however, may have been too high for OPEC and Russia’s liking.

In a market that runs on rumor and comments, prices were bound to jump higher after Suhail Al-Mazrouei’s comments and a string of bullish forecasts on oil demand. They are now apparently too high, and OPEC might be considering ending the deal at the June meeting of the so-called Vienna Club that includes Russia and the other countries that agreed to cap their oil production.

A growing number of commodity analysts are predicting that this is how events will unfold. Citi’s Ed Morse, for example, told Bloomberg recently that OPEC and Russia have reason to “want to talk the price down” because they fear how U.S. shale will respond to Brent above $70. What’s more, Morse noted, US shale is not the only threat for OPEC’s peace of mind: deepwater oil and Canadian oil sands can be just as dangerous at the right price level.

Then there’s Russia, of course, which, as Morse says, is particularly concerned about high oil prices lifting the ruble — and Russia doesn’t want an expensive ruble, as it would diminish the competitiveness of its exports. As a result, the Russian central bank is currently on a dollar-buying spree to help keep the local currency cheap.

Morse is part of a growing company that also includes the commodity analysts of Societe Generale and JPMorgan. Deutsche Bank analyst Michael Hsueh said earlier this week that Brent hitting $70 would accelerate the process of devising an exit strategy.

Commerzbank’s Head of Commodity Research, Eugen Weinberg, is cautious in comparison. He told Oilprice that “at least Saudi Arabia would stay its course. Since they re-emerged as a clear group leader they are likely to support the others to fulfill the deal this year. As to Russia the situation is unclear but at the moment they are likely to stick to OPEC’s strategy.”

Bank of America’s analyst team seems to share that view. The bank recently forecast that the cartel and its partners are more likely to start phasing out the cuts in the beginning of 2019 and no earlier. What’s more, the phasing out will take the form of small monthly production increases, the lender said, much like the Federal Reserve did with its QE program in the US.