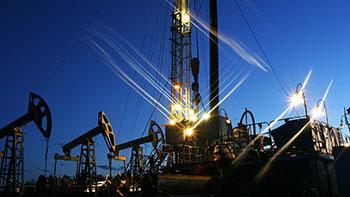 Appalachian gas production has surged over eighty five percent (from 13,837 bcf/d to 26, 027 bcf/d) since 2014. The region has one the most productive and economic gas acreage in the country, and today it produces more gas than all other shale plays in the United States combined. Now, with the slate of pipeline projects coming on-line in 2018 Marcellus and Utica molecules can finally reach end consumers in larger markets creating a more adequate price equilibrium throughout the United States regions. During cold winter months this will translate into thousands of dollars saved on energy bills for consumers in Midwest and Atlantic Seaboard. Appalachian gas today is well positioned to change long established regional dynamics of gas pricing and flow while transforming the United States energy economy for years to come. It is worthwhile to have another look into why Appalachia matters today more than ever to the United States energy economy.

If there was one defining characteristic of Appalachian gas production, it would be technological innovation and constantly evolving costs. In 2015, an unexpected diversion occurred between rig count and total gas output from the region. As number of operating rigs continued to decline, production per well continued to increase and last month it reached the record high level of 26,027 mcf/day. It defined skeptics who argued that Marcellus and Utica shale operators had exhausted the best rock in the region and output was bound for downward trajectory. Contrary to that argument, a new Marcellus gas well today yields almost twice as much gas as the same well with similar latitude/ longitude in Haynesville field, East Texas (the second largest producing gas region in the United States). See table 1.

The main driving factor behind such a steep and sustainable increase in output is a constantly evolving technology that is being tested and applied in the region. In fact, some of the recent drilling techniques of Appalachian producers have never been seen anywhere in the world. Arrival of super laterals ( as long as 20,000 feet long), multiple well drilling ( typical pad currently expected to contain dozen wells), proppant with the latest crush resistance and high conductivity allowed Appalachian rig operators yield an average sixty percent more gas per well compared to 2014 levels. Move towards “walking” rigs that could literally get up and walk from one part of the pad to another substantially reduced the drilling time. It currently takes just few days as opposed to months to complete a well all the while achieving fifty percent increase in efficiency of a drilling operation. The latest example of this comes to us courtesy of NorthEast operator Eclipse Resources that drilled a well in Utica shale just under 17 days from the spud to the total completion with the lateral exceeding 19,000 feet. Technological innovations allowed Appalachian producers to lower their operating costs and hence reduce their breakeven margins. Since 2011 an average drilling cost in South West Pennsylvania have gone down seventy one percent (from $1,200,000 to $300,000) yet an average lateral length increased by a whopping 9,500 feet! According to EQT Corporation, expected IRR for 12 well pad with 12,000 feet lateral exceeds hundred percent, while 5 well pad with 5,500 feet lateral barely breaks seventy percent mark (assuming 3$/ mmbtu gas price). In a currently depressed price environment, this has come as a remarkable achievement for Appalachian producers. Marcellus and Utica gas have been consistently trading with a discount to Henry Hub and one can only imagine the tremendous pressure these guys were under to remain competitive.

Today this price reduction achieved by Appalachian gas producers can finally pass on to consumers all around the United States. Several interstate pipeline projects, such as Leach XPress, Rover, Atlantic Sunrise (1.7 bcf/d) and Atlantic Coast ( 1.5 bcf/d) pipeline will create critically needed connectivity between prolific, but constrained, Marcellus and Utica production areas and the larger markets. Atlantic Seaboard gas market has long suffered from bottlenecks during cold winter months on Transco pipeline route. For example during the polar vortex in winter 2014 gas prices in Maryland, Virginia and North Carolina spiked to almost 100$/ per mmbtu, while in Pennsylvania they remained 1/10 of that price level. Additional Appalachian gas volumes along the Transco corridor will help alleviate these problems and result in tremendous savings on energy bills for consumers in these states. It is estimated that net energy savings from Atlantic Coast pipeline for the states of Virginia and North Carolina to be $ 377 million annually.

Appalachian gas has a significant immediate economic impact and a potentially huge long term benefit of supply security in the United States. In 2015, Transo pipeline has reversed gas flows for the first time in 50 years. Traditionally gas molecules were flowing in one direction from the South to large demand centers in the North East and Mid- West. Today Marcellus and Utica gas is increasingly serving the growing LNG, power and industrial demand load in the Gulf Coast. Texas and Louisiana gas consumption is expected to grow by 10 bcf/day in the next 5 years and will represent thirty percent of the total US gas demand by 2022. In the Mid-West, Marcellus molecules are increasingly displacing Rockies gas as a dominant supplier of Illinois market with a large demand center in Chicago. The Rover pipeline (3.25 bcf/ day), which comes on-line this year, will bring more price competition, benefit end user consumers, and change long established dynamics in the region. Constitution pipeline (650 mmcf/d), a proposed project that is currently held in a legislative limbo by regulators, could have brought Appalachian gas to overpriced New England and Massachusetts markets as well. However, the pipeline is not expected to be approved anytime soon. Massachusetts, for example, although located next to the nation’s largest gas producing region, absurdly relies on LNG imports and hence is vulnerable to price spikes during winter months.

Spurred by favorable economics and build-up in pipeline capacity, Appalachia currently supplies forty-two percent of the United States gas demand with further expected growth in 2018. This region has become a testing ground for technological innovation in hydraulic fracturing which gave regional producers a competitive edge in an ultra-low price environment. Yet, Appalachia today is also a testing ground for regulatory framework around rapidly evolving hydraulic fracturing process. Some regulators have come under sharp criticism for their inability to keep up with experimental and potentially hazardous drilling techniques. With the advent of multiple well drilling and laterals as long as 20,000 feet, the public should rightfully be concerned about potential fugitive methane and induced seismicity in their backyards. There is nothing new about the debate between balancing economic development and environmental protection. Today, however, the community of “impacted” stakeholders has changed with strong interests in further development of Appalachian basin. Communities and businesses are forging ties to work together for transparent, evolving and commercially predictable regulatory framework that benefits everyone. Appalachian gas production is here to stay and will dominate national conversation about energy, policy and environment for years to come.