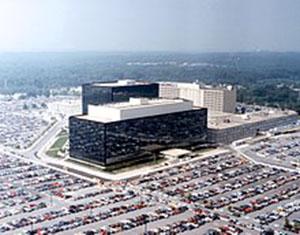 Recent revelations of “inadvertent” deletions of electronic data at the FBI and NSA relating to alleged felonies are being described as a “foul-up,” but the intelligence agencies’ track record suggests a possibly more nefarious explanation, explains Ray McGovern in this op-ed.

We learned in recent days that the FBI and the National Security Agency “inadvertently” deleted electronic messages relating to reported felonies, but one noxious reality persists: No one in the FBI or NSA is likely to be held to account for these “mistakes.”

It is a 70 year-old tradition. Today’s lack of accountability is enabled by (1) corruption at the top of intelligence agencies; (2) the convenient secrecy behind which their leaders hide; (3) bureaucratic indignities and structural flaws in the system; (4) the indulgence/complicity of most of the “mainstream media;” and (5) the eunuchs leading the Congressional “oversight” committees, who — history shows — can be bullied by threats, including blackmail, a la former longtime FBI Director J. Edgar Hoover.

It is a safe bet, though, that neither the FBI nor NSA have deleted their holdings on key Congressional leaders — including House Democratic minority leader Nancy Pelosi, who used to boast about her very long tenure as head of the House Intelligence Committee, only to complain later that “they [intelligence officials] mislead us all the time.”

In fact, Pelosi was briefed by the NSA and CIA on all manner of crimes, including warrantless surveillance of U.S. citizens, in violation of the Fourth Amendment, and torture.

The lack of intelligence accountability has created a kind of perfect storm, enabling felonies and lesser mischief ordered by those sitting atop the intelligence community. While press reports indicate that the Congressional oversight committees now have “explosive” documentary proof — not yet deleted — of such crimes, it remains to be seen whether the committees will have the courage to do their duty under the law.

Even if they try, the odds are against their being able to make much headway, in the face of stiff resistance from the heads of intelligence agencies and a suborned/frightened “mainstream media.”

Those of us with a little gray in our hair will remember the infamous, 18.5-minute gap “mistakenly” caused by Rosemary Woods, President Richard Nixon’s longtime secretary, while transcribing a key Oval Office tape of a discussion between President Richard Nixon and his partner-in-crime-cum-chief of staff H.R. Haldeman right after the Watergate break-in. (The tape itself was then destroyed.)

Younger folks may recall reporting on the videotapes of waterboarding at a CIA “black site” in Thailand in 2002, tapes that were deliberately destroyed in 2005 at the order of Jose Rodriguez, head of the CIA operations directorate at the time.

Woods testified that she had erased part of the tape by mistake. She suffered no consequences for her “mistake,” and died in 2005 at age 87.

And to no one’s surprise, Rodriguez also landed on his feet.

CIA officials initially claimed that the videotapes were destroyed to protect the identity of the interrogators — read torturers. It was later revealed that then-Executive Director of the CIA, Kyle “Dusty” Foggo, wrote in an email that Rodriguez thought “the heat from destroying is nothing compared with what it would be if the tapes ever got into public domain,” adding that they would be “should devastating to us.”

Foggo ended up in prison as a result of an unrelated fraud case. Sadly, no senior intelligence official following the time-(dis)honored Foggo/Rodriguez approach today are likely to end up behind bars, unless this time Congress shows unaccustomed courage.