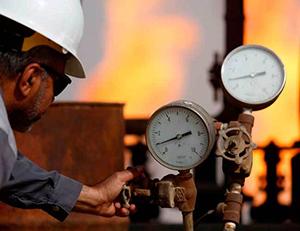 The memorandum of understanding, signed in Baghdad by representatives of the oil ministry and the U.S. company, will allow Orion Gas Processors to build facilities to capture the gas from the field located in southern Iraq and to transform it into usable fuels.

Iraq continues to flare some of the gas extracted alongside crude oil at its fields because it lacks the facilities to process it into fuel for local consumption or exports.

The gas captured will be used to feed power stations and to produce up to 10 million liters of gasoline, equivalent to 32 percent of Iraq’s total imports of the fuel, he said.

Gas flaring across Iraq should end by 2021, he added.

The minister said he plans to visit Kuwait in February to finalize a deal on exporting Iraqi gas, adding that the selling price of the fuel is yet to be agreed by the two countries.

The two countries are discussing a pipeline project to bring 50 mcf of Iraqi gas per day to Kuwait for ten years, increasing to 200 mcf per day over the period.

The exports, to come from the Rumaila field, would be used as feedstock for a petrochemical plant and pay off Baghdad’s final $4.6 billion

in war reparations owed for its 1990 invasion of Kuwait.
Iraq hired Japan’s Toyo Engineering to help build the project.