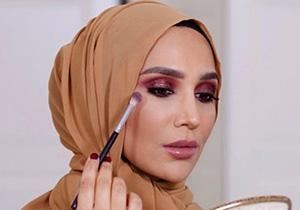 A woman who appeared in a recent L’Oreal UK ad campaign for hair care products has stepped down after she received criticism for a series of anti-Israel tweets in 2014.

Writing on Twitter on Monday, Amena Khan, a social-media activist, wrote that she regrets the tweets she posted and will be leaving the campaign because of the backlash.

“I deeply regret the content of the tweets I made in 2014, and sincerely apologize for the upset and hurt that they have caused,” she wrote. “Championing diversity is one of my passions, I don’t discriminate against anyone. I have chosen to delete them as they do not represent the message of harmony that I stand for.”

Khan said she has chosen to step down from the L’Oreal campaign “because the current conversations surrounding it detract from the positive and inclusive sentiment that it set out to deliver.”

In response to a request for comment, L’Oreal told The Jerusalem Post that it had “recently been made aware” of Khan’s tweets. “We appreciate that Amena has since apologized for the content of these tweets and the offense they have caused,” said a representative for the company. “L’Oreal Paris is committed to tolerance and respect toward all people. We agree with her decision to step down from the campaign.”

Khan was unveiled just last week as one of the new faces in an ad campaign for hair care products in which she appeared wearing her hijab.

“Whether or not your hair is on display doesn’t affect how much you care about it,” said the beauty blogger from Leicester, England. But after the international attention brought by the groundbreaking ad, Khan found herself hastily deleting several tweets that used harsh language relating to Israel.

In the deleted messages captured by screenshots and tweet-saving services, Khan called Israel a “sinister state,” an “illegal state,” and said the country is full of “child murderers” and expressed hope for its defeat. In other posts on social media that had not been deleted, Khan accused Israel of “Torture. Murder. Rape. Genocide” and falsely claimed that “Orthodox Jews themselves condemn the actions of Israel.”

Khan has participated in L’Oreal campaigns since late 2016 when she was part of an advertisement for foundation cosmetics. There is no little amount of irony involved in her cooperation with L’Oreal, which has operated a factory in Migdal Ha’emek for decades. The company has faced many boycott calls over the years from supporters of the Boycott, Divestment and Sanctions movement over its extensive business ties with Israel.

Last week, beauty competitor Revlon also faced controversy after it offered a “changemaker” award to a Muslim activist who rejected the recognition because of Gal Gadot involvement with the company.

Amani al-Khatahtbeh, a writer and the founder of MuslimGirl.com, said last week she could not accept the recognition “with Gal Gadot as the ambassador.” She said Gadot’s “vocal support of the Israeli Defense Forces’ actions in Palestine goes against MuslimGirl.com’s morals and values.”

Gadot, the Israeli star of the hit Wonder Woman film, was recently announced as the new face of Revlon’s “Live Boldly” campaign.

Khatahtbeh as well has a series of social media posts – both deleted and remaining – that attack the State of Israel.

Revlon did not respond to multiple requests for comment.