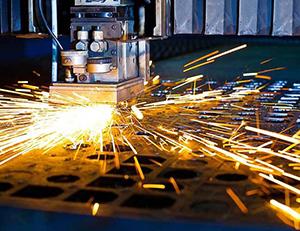 A new Treasury-backed credit tranche has been opened by the Turkish government in an effort mainly to spur growth in manufacturing and export sectors.

The related protocol for the use of a 55 billion lira ($14.5 billion) scheme, including 5 billion in returns, was signed by top officials from the Credit Guarantee Fund (KGF) and the Treasury in Ankara on Jan. 22.

In March 2017, the government increased the size of the KGF, which guarantees loans to small and medium-sized enterprises that could not otherwise get credit, by more than tenfold to 250 billion liras, which led to a significant rise in banking loans used by such companies.

Turkish companies have already borrowed around 200 billion liras under the plan, but the remaining part of the scheme was not open to use until now.

During his speech at its ceremony, Deputy Prime Minister Mehmet Şimşek said almost half of this amount, 25 billion liras, of credits would be used by the manufacturing sector and some 15 billion liras by Turkey’s exporters.

Şimşek said the credit scheme was an effective policy tool, adding that the inked protocol was worth 55 billion liras.

“Some 50 billion liras of this amount are composed of new warrants and the remaining 5 billion lira is of returns,” he added.

Saying that the new scheme would be used to realize Turkey’s main macroeconomic priorities, Şimşek added: “In an effort to put the current account deficit at sustainable and manageable levels, we have prioritized some investments. In this vein, some 25 billion liras of credits will be used by the manufacturing sector and 15 billion liras by the export sector. Thus, we will allocate almost two-thirds of the new credit scheme to spur Turkey’s production power.”