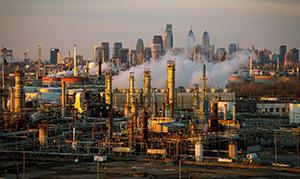 SINGAPORE (Reuters) – Oil prices rose on Tuesday, lifted by healthy economic growth as well as the ongoing supply restraint by a group of exporters around OPEC and Russia.

Traders said oil markets were generally well supported by healthy economic growth and supply curbs by the Organization of the Petroleum Exporting Countries (OPEC) and Russia, which began in January last year and are set to hold throughout 2018.

The “economic outlook and seasonally colder weather has led to firmer oil demand growth, facilitating the continuation of a fall in oil inventories towards OPEC’s recent five-year average target,” BNP Paribas said in a note.

“The outlook for 2018 is roughly balanced for most of the year, but inventories are set to rise in Q4‘18,” the French bank said, adding that it has hiked its 2018 oil price forecasts by $10 a barrel and expects WTI to average $60 a barrel and Brent $65.

For the long-term outlook, investors are preparing for large-scale changes in oil demand coming from the rise of electric vehicles.

Bank of America Merrill Lynch said this week in a note to investors that “we see peak oil demand by 2030 on electric vehicles … Electric vehicles will have replaced conventional (vehicles) by 2050.”

The bank also said that “when gasoline demand peaks by 2025 (and total oil by 2030), refinery utilization rates may decline permanently and refining margins suffer heavily.”