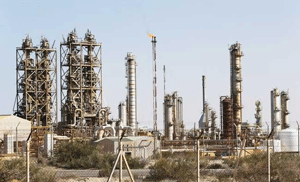 The International Monetary Fund has raised its economic growth forecasts for Saudi Arabia as oil prices rise, though the pace of expansion remains below government estimates.

“While stronger oil prices are helping a recovery in domestic demand in oil exporters, including Saudi Arabia, the fiscal adjustment that is still needed is projected to weigh on growth prospects,” the IMF said in an update to its World Economic Outlook report.

Saudi Arabia’s economy contracted 0.5 percent last year as the kingdom struggled to cope with crude oil prices and spending cuts aimed to lowering its budget deficit. A surge in oil prices to almost $70 a barrel has given a tailwind to the government’s efforts to revive growth.

The government plans to raise public spending to a record in 2018, and King Salman ordered extra pay for government workers this month to help offset the impact of measures such as subsidy cuts and the introduction of value-added taxation.