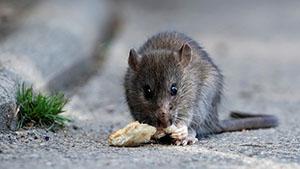 Paris’ long-running rat problem has again been highlighted through spine-chilling footage of a city dumpster filled with rodents. The rubbish collector who shot the video say rats have even attacked his colleagues.

The video, shot in December 2017 on the banks of the River Seine between the Musee d’Orsay and the Pont Royal, show a much-less romantic side to the city of love.

In the footage, the swarm of rats are scrambling over each other as they fight over food scraps. Others are caught desperately trying to leap out of the bin.

What may be even more alarming, is that this is not an uncommon site in the capital, but rather a harsh reality “for both Parisians and tourists, who come to visit the most beautiful city in the world,” the unnamed garbage collector said.

“For a year, there has been a proliferation of rats in all the areas bordering the Seine,” he told Le Parisien. The rats filmed in the bin have been incinerated.

The city employee says his colleagues have had rats jump up to their throats and arms, adding, that nobody has been bitten, yet. But, he said, “We do not want to wait until there is a tragedy.”

The garbage collectors are calling on the city to “take measures to eradicate the problem.” They say restaurants along the Seine are to blame. “The restaurants have about fifteen skips at their disposal, some still leave garbage bags outside,” he said.