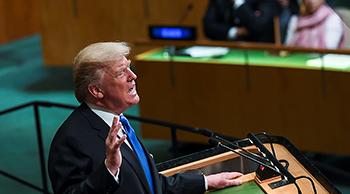 The Trump Administration has offered to open more than 90 percent of the federal Outer Continental Shelf (OCS) for consideration of future exploration and development. The proposal is in stark contrast to the current lease sale program that puts 94 percent of the shelf off limits.

“The important thing is we strike the right balance to protect our coasts and people while still powering America and achieving American Energy Dominance,” U.S. Secretary of the Interior Ryan Zinke said upon announcing the plan.

The question is, how much new offshore drilling can realistically happen? And how much would this help to boost the American energy dominance?

While the world and the U.S. will continue to increase their demand for oil, the finalization of the new offshore lease sale plan is probably two years away, and drilling in new lease areas is even further down the road. It’s hard enough to predict where oil prices will be five months from now, let alone five years from now, in order to gauge how much interest there will be in half a decade.

As it stands, almost every east and west coastal state is against the new plan, and objections in the comment periods are looming. So are lawsuits. Opposing states may refuse to issue infrastructure authorizations, because states control the first three miles of shallow waters, and only after that does federal jurisdiction begin.

So oil firms will have to take into account not only the price of oil relative to development costs in offshore areas — some of which have not been seismically assessed since the 1980s — but they will also need to consider what may be significant regulatory and public opinion hurdles, and may be unwilling to pour billions of dollars into new offshore areas and risk development delays or setbacks.

Yet, U.S. oil and gas production is set to thrive — courtesy of the U.S. shale patch.

“The United States is poised to become the undisputed oil and gas producer in the world over the next several decades,” the head of the Paris-based International Energy Agency (IEA), Fatih Birol, told the U.S. Senate Committee on Energy and Natural Resources last week. The undisputed leadership will come from “the resilience of shale oil and gas in the United States, and the remarkable ability of producers to unlock new resources cost-effectively,” Birol noted.

With companies in the U.S. prioritizing investment in faster-cycle shale production, it’s uncertain how much appetite offshore drilling in new areas could create.

BP — which is still forking out billions of dollars of charges related to the 2010 Deepwater Horizon disaster — is not rushing to the potential drilling.

“For us, we’ve got a very full plate in the United States,” CEO Bob Dudley said in an interview with Axios earlier this month.

BP’s caution is likely shared by other oil majors, interviewer Amy Harder writes, citing analysts. The reasons for caution are the lower-for-longer oil prices, although they have risen lately to three-year highs; shareholders demanding more returns and low costs; onshore shale production competing with offshore for company investments; and the potential legal hurdles that the Pacific and Atlantic Coast states could throw in.

The U.S. acreage up for opening to drilling may hold more than 98 percent of undiscovered, technically recoverable oil and gas resources in federal offshore areas (as per the Department of the Interior estimates), but most of America’s energy dominance and leadership in oil and gas markets is due to onshore shale.

The EIA expects the United States to have become a net exporter of natural gas in 2017, while the U.S. crude oil and petroleum products have more than doubled since 2010. Apart from the lifting of crude oil export restrictions in December 2015, the other reasons for rising U.S. crude oil exports have been favorable price differentials, lower shipping costs, and rising domestic production.

The new offshore drilling plan is part of the Trump Administration’s ‘Energy Dominance’ policy, but whether it will attract billions of dollars of investments is still uncertain, with lease sale plans yet to be finalized and auctions held. This will be years from now.