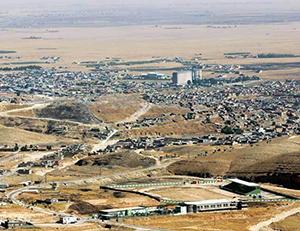 Turkey and Iraq are in talks for a joint operation against the outlawed Kurdistan Workers’ Party (PKK) presence in the Sinjar province of Iraq, the Turkish foreign minister has said, as the Turkish army launched a massive new operation into the Afrin region of Syria to eradicate PKK-linked forces on its southern border.

“One of the issues we have discussed with Iraq is a joint operation against the PKK’s presence in Sinjar province. They told us ‘PKK is no different from DAESH [Islamic State of Iraq and the Levant – ISIL], let’s cooperate against this threat,’” Foreign Minister Mevlüt Çavuşoğlu told daily Hürriyet on his return from his one-day visit to Baghdad late Jan. 21.

Çavuşoğlu held talks with Iraqi Prime Minister Haidar al-Abadi, Foreign Minister Ibrahim al-Jaafari and other senior Iraqi officials, as the Turkish army carries out Operation Olive Branch against the People’s Protection Units (YPG) in Afrin. The YPG is the offshoot of the PKK and is therefore considered a terrorist organization by Turkey.

The PKK has its main headquarters in northern Iraq but recently intensified its presence along the Iraqi-Syria border in order to strengthen YPG positions in northern Syria. The YPG is now controlling around a quarter of Syrian territories as a result of its cooperation with the United States in the fight against ISIL. The PKK’s control of Sinjar helps increase the YPG’s and its influence along the border.

“Furthermore, [Iraqi officials] told us that they will secure control and security of the Syrian border along the Sinjar region and that they will completely stop PKK-YPG infiltration,” Çavuşoğlu said. “And we told them that we’ll grant them all the necessary support in their efforts and that we altogether can do our best to clean Iraq from all terrorists.”

“Whether Afrin, Manbij, northern Iraq or the east of the Euphrates [river in Syria], wherever the terrorists are situated and are posing threats is our target,” the Turkish foreign minister vowed.

US ‘should better stop YPG in Manbij’

A majority of the YPG troops have long been deployed in the east of the Euphrates but it still controls a strategic position in the western part of the river, in Manbij region, an area Turkey considers as the next target after the Afrin operation.

“Terrorists in Manbij are constantly opening harassment fire. They are attacking our troops and the Free Syrian Army [FSA] in an area under the FSA’s control since the Operation Euphrates Shield. If the U.S. does not stop this, then we will,” Çavuşoğlu stressed.

Ties between Ankara and Washington have further strained after the latter announced initial plans of forming a 30,000-strong border security force with the YPG. Turkey’s strong reaction led the U.S. to backtrack this plan but Washington’s opposition against any Turkish military operation against the YPG casts a shadow on ties.

Çavuşoğlu and U.S. Secretary of State Rex Tillerson held an in-person meeting last week and a phone conversation on Jan. 20 where all these issues and Afrin operation were discussed. During the phone conversation, Tillerson brought up possible civilian casualties and argued that there were no rockets fired from Afrin into Turkey as he was told by his aides.

“‘I don’t know from who your aides are getting this information,’ I told him. But we value the information we receive from our own sources. ‘You better check your sources,’ I also said,” Çavuşoğlu said regarding his conversation with Tillerson. He also said he urged Tillerson and U.S. officials not to use the same rhetoric with the YPG.

‘Man dies only once’

When asked whether strained ties with Turkey’s top ally would have an impact on the U.S. use of İncirlik base in the southern province of Adana, the minister refused to make comments on what he said were “hypothetical issues.”

“But you see the feelings and demands of our people. I have conveyed all these to Tillerson. The future of our relations depends on the steps the U.S. will take,” he added.

“The fight against terror is of vital importance for us and we are obliged to do whatever is necessary on this. Otherwise the future of our country will be put under danger. We are, therefore, determined and not afraid. If we are to die, we’ll die once. And we won’t live under fear and threat,” he vowed.

Çavuşoğlu explained that Turkey informed the U.S. and Russia as well as other big powers before the operation. Unlike the U.S., statements issued by Moscow were supportive of the Turkish operation and criticized the U.S.’s military support to the YPG.

“We have long been telling the Americans and Russians that this terror organization has been using both these powers. It seems Russia, too, has now seen this reality,” he said. “There should not be a competition over a terror organization.”

‘Locals will be relocated to Afrin’

The minister said Turkey’s ultimate objective in Afrin is to clear this particular region from all terrorists so that local people can return to their homes. “The best solution in Afrin is to give the rule of the province to the real owners. We’ll provide all sorts of humanitarian assistance as well as infrastructure capacity, security and education services,” he added.

More than 70,000 Syrians returned to the Azez and Jarablus regions after Turkey secured the areas from ISIL with the Operation Euphrates Shield, the minister added. 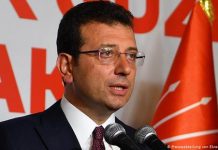