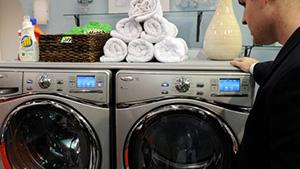 The US has approved controversial tariffs on imported washing machines and solar panels.

The move is in line with President Trump’s ‘America First’ trade policy, which aims to protect local manufacturers from foreign competition.

Chinese solar panels makers and washing machine producers in South Korea will be most heavily affected.

Both countries have criticised the tariffs, which President Trump has talked about since coming to office.

The actions are being seen as the president’s most consequential trade moves since his decision to pull the out of the Trans-Pacific Partnership deal (TPP) and renegotiate the North American Free Trade Agreement (Nafta).

The tariffs set on solar panels were lower than domestic US producers had hoped for, but the duties on washing machines and parts were steeper than expected – adding as much as 50% in some cases according to US documents.

South Korea said it would complain to the World Trade Organisation, calling the tariffs “excessive” and “regrettable”. Its manufacturers, including Samsung and LG, compete in the washing machine market with US firms such as Whirlpool.

The tariffs were approved by President Trump after the US International Trade Commission found local manufacturers were being hurt by cheaper imports.

Whirlpool, which for years has sought protection against cheaper imports from South Korea and Mexico, welcomed the move.

“This announcement caps nearly a decade of litigation and will result in new manufacturing jobs in Ohio, Kentucky, South Carolina and Tennessee,” chairman Jeff Fettig said in a statement.