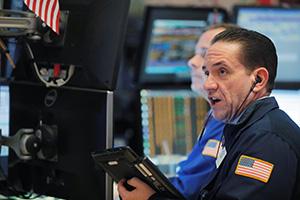 Investors and traders are taking in stride that the partisan fight in Washington which resulted in the first government shutdown in over four years may snowball into a showdown over raising the cap on how much the federal government can borrow beyond its statutory limit of $20 trillion.

Analysts and investors saw little chance Republican and Democratic lawmakers would allow a government default that would roil financial markets – even if the road to a deal to raise the debt ceiling will likely be a bumpy one.

“There may be a lot of noise, but a deal will be done,” said Sean Simko, head of global fixed income at SEI in Oaks, Pennsylvania.

The U.S. government shutdown, combined with the possibility of a default, might be the catalyst that shakes investors’ confidence and pares their appetite for stocks and other risky assets, analysts said.

“If the two issues become linked, it will get the market a bit nervous,” said Gennadiy Goldberg, interest rates strategist at TD Securities in New York.

Goldberg cautioned it is too early to tell whether Congress would rely on more temporary funding measures to operate federal agencies and pay government workers and contractors, or it could reach a bipartisan deal for a longer-term funding agreement.

“If they get a deal done before the debt ceiling deadline, that would be good for the market,” Goldberg said.

On Monday, Wall Street stocks opened slightly lower, the dollar hit three-year lows and Treasury yields were marginally lower. They all reversed course after a temporary funding plan was announced and moved toward a vote in the Senate.

The House of Representatives would also need to vote on the plan, and President Donald Trump would need to sign the measure before the shutdown can end.

“The market is barely reacting,” said Eric Stein, co-director of global income group at Eaton Vance Management in Boston. “The markets are getting desensitized when these things happen multiple times.”

Before the latest shutdown, government funding elapsed for 16 days in October 2013 during a standoff between conservative Republican House members in a bid to use the budget process to delay or defund the implementation of the Affordable Care Act, commonly known as Obamacare.

The most significant showdown on the debt ceiling was back in August 2011, which led the Standard & Poor’s rating agency to strip its top-notch AAA-rating on the United States.

If the latest shutdown were to drag on, it would inflict damage on the economy in which thousands of federal workers would go on furlough and the government would suspend payments on discretionary expenses.

Morgan Stanley analysts estimated each week of a shutdown would subtract 0.2 percentage point from economic growth.

Rating agencies Fitch and Moody’s said a shutdown may hurt the economy but would not have an impact on their ratings on the world’s largest economy as long as it makes its debt payments on time.