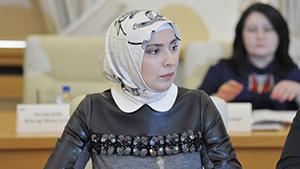 In a society where dissent has become dangerous, Mosireen’s archive is an exercise in the subversive power of memory.

Egypt’s 2011 revolution was remarkable for its self-awareness. The power to photograph, film, and broadcast protests across the Internet in real time seemed to prove the emancipatory power of technology. At Tahrir Square, an independent media group formed by a handful of young activists called Mosireen collected videos recorded by smartphone-wielding protesters that documented police abuses. Mosireen hoped to use the crowd-sourced videos as evidence against President Hosni Mubarak’s brutal security forces in court. But those trials never came to pass: Egyptian courts cleared Mubarak and some of his top aides of any responsibility for the shooting of demonstrators in the revolution’s first days.

The state’s narrative—if the erasure of the revolution’s history can be called a narrative—has lurched between farce and tragedy. In January 2011, as anti-regime protesters filled Tahrir Square, state television broadcast images of empty streets. After the 2013 coup, prosecutors used Mosireen’s videos, available on its YouTube channel, to convict protesters in court, including at the so-called Shura Council trial, which led to the sentencing of the activist and blogger Alaa Abdel Fattah. Earlier this year, Egypt’s government struck all reference to the 2011 and 2013 uprisings from school textbooks.

Recently, Mosireen launched its Internet “resistance archive,” named 858—the number of hours of footage the archive contained when it went live. The collection includes footage shot during the revolution by both members and non-members  (many of whom choose to remain anonymous). When I spoke with members of Mosireen, they described the act of assembling their video archive as a defense of the revolution’s memory against the regime. Members requested anonymity, as they collectively share credit for their work, and gave pseudonyms that double as their usernames in the online archive. “Putting together this archive is a subversive act,” one member who goes by the name Krypton said. “It’s a way of battling the narrative being put out by the state to erase history, to have people forget what was possible.”

In a society where dissent has become dangerous, Mosireen’s archive is an exercise in the subversive power of memory. Ersa (which means “weasel” in Arabic), a founding member of the group, described the archive as a means of advancing the values of the revolution in a time of repression. “The value of archives and the values of openness are a lot like the main values of the revolution,” Carbon said. “It was open. It was transparent. It was public. That’s what made it strong when it was strong.”

Mosireen’s archive seemingly reclaims the emancipatory power of technology, at a time when the state has co-opted social media and the Internet into tools of surveillance and punishment, even using new anti-terrorism laws to convictFacebook users for posts critical of the government. The archive recaptures the spirit of those 18 days between January 25 and February 11, 2011, the day Mubarak resigned, when Twitter-savvy activists, along with much of the world, believed they could bring about a genuine democracy in the Arab world’s biggest country.

What Mosireen’s young, educated, left-leaning activists did not anticipate was the Egyptian public’s support for military rule following the overthrow of an elected Islamist president in June 2013. Egyptians, it seemed, felt the revolution had gone too far—toward disorder and Islamism. Mosireen, which opposed rule by both the army and the Muslim Brotherhood, felt it hadn’t gone far enough. Today, President Abdel Fattah El-Sisi, a former army general who took power in July 2013 after ousting elected Islamist president Mohamed Morsi, presides over a crackdown on civil rights that has led to the arrest and jailing of scores of young activists.

The clash between the army and Brotherhood in the summer of 2013 “was a very confusing time, and a time when we felt we didn’t have a place,” Krypton said. “There were these two juggernauts that were fighting over control, and we were kind of left out of the discourse.” The group’s only videos from the army’s August 2013 massacre of Brotherhood supporters at the Raba’a al-Adawiya sit-in come from contributors who were not part of the collective; Mosireen itself decided not to film at the site. The violent turn of events seemed to render the group irrelevant.

The bewildering aftermath of Egypt’s revolution has fractured, perhaps beyond repair, any consensus over the meaning of the turmoil of 2011 to 2013. As Carbon explained, Egypt is divided into four camps: pro-military, felool, or Mubarak loyalists, the Muslim Brotherhood, and the revolutionaries. “Each one of those has its own version of the last seven years,” Carbon said. The footage in the archive “is history from the revolution’s point of view.”

The very act of constructing an archive is a form of power. “There is no political power without control of the archive, if not of memory,” Derrida wrote in a lengthy footnote to his essay Archive Fever. “Effective democratization can always be measured by this essential criterion: the participation in and the access to the archive.”

Anyone who has visited the National Archives in Cairo, which are housed at the Dar Al-Wathaiq Al-Qawmayya, knows that the Egyptian state fails Derrida’s test miserably. All researchers must obtain permits from state security before accessing the collection; even then, there is no meaningful transparency. The National Archives receives no state papers from the presidency, or the powerful ministries of defense, interior, and foreign affairs. The army keeps a separate archive altogether.

The Egyptian historian Khaled Fahmy, a professor at the University of Cambridge, has argued that the lack of access to public records leaves wide gaps in the understanding of Egypt’s 1952 revolution, in which military officers overthrew the British-backed monarchy. “The intelligence services’ power derives from the control of information,” Fahmy told me. “As a result, they are asserting their control over all sources of information, including historical knowledge.” It is easier to write the history of Egypt’s nineteenth century army, Fahmy said, than that of the wars fought and lost by the current regime against Israel in the decades after 1952.

Archiving a revolution comes with its own curatorial challenges. Mosireen, for instance, had to weigh serious security concerns in deciding what videos to include. “Suddenly videos of clashes, of testimonies, of people talking about their imprisonment and torture, videos of acts of dissent … became a source of danger to us and to the people in the videos, and they remain so,” Krypton said.

Mosireen allowed individual videographers to choose whether their material would be made publicly accessible. In cases where footage had been donated anonymously or the author couldn’t be reached, Mosireen had to decide whether Egyptian authorities could use a video’s contents to prosecute those it portrays, under a raft of new laws regulating protest and media.

As was the case with left-leaning and liberal activists in other Arab nations, Mosireen’s members have seemed out of touch with their religious, conservative, and deeply-nationalistic society. The 858 archive, they said, counters such criticisms by showing the extent of its reach. “You see in these videos how extensive the revolution was, and how it infiltrated all levels of society,” Krypton said. Mosireen’s archive is a reminder that the choice imposed on Egyptians by Mubarak’s regime, and today by Sisi, between military or Islamist rule is a false one. Many Egyptians share a deep motivation to change their government and find a political alternative.

For the Egyptian state, memorializing the January uprising has always been fraught. Within weeks of Mubarak’s resignation, the Ministry of Culture asked Fahmy to chair the Committee for the Documentation of the January 25 Revolution. The committee, faced with the task of defining the revolution in the midst of its unfolding, worked until the summer of 2012, laying careful plans for collecting oral testimonies from protesters and others, before finally abandoning its work. “There is an inherent contradiction between archiving a revolution, on the one hand,” Fahmy said, “and doing so under the auspices of the very same government against which the revolution happened.” In one notable hindrance, the committee wasn’t allowed to meet at the National Archives building  because it lacked the necessary security permits, Fahmy explained.

At Tahrir Square, the only monument to the revolution—an unassuming and empty plinth planted by the army after it returned to power—was torn down by protesters the night after its unveiling. The state regards the revolution as a precursor to the June uprising against the Muslim Brotherhood, which, the regime believes, reaffirmed the bond between army and people. On the fifth anniversary of the revolution, Sisi gave a speech praising the revolution’s martyrs, before warning against further disorder. He described the overthrow of the Muslim Brotherhood government as having “corrected” the revolution’s course. “The reason the regime gets away with murder,” Fahmy said, “is that they control the documents—the record—and so they control everything.”