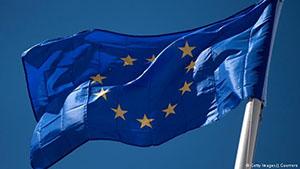 What’s the role of Europe in a world torn between free trade and protectionsm? A panel at the World Economic Forum in Davos took a closer look at what the European Union might have to offer. DW’s Andreas Becker reports.

US President Donald Trump wants to put America first. And China is not exactly a champion of democracy and human rights. That’s why some Europeans think it’s time for them to step up to the plate and play a more important role on the world stage. In their speeches in Davos, German Chancellor Angela Merkel and French President Emmanuel Macron both spoke out for free trade, international rules and universal humanist values.

The only problem is that the EU itself is deeply divided. The financial crisis has left deep scars, unemployment is high in many countries, the migration crisis has strained relations between member states and nationalism is on the rise.

Nonetheless, EU Trade Commissioner Cecilia Malmström believes that Europe has a lot to offer to the rest of the world. She sees the current lack of leadership by the US as an opportunity for the EU “to show we can do good trade agreements which are sustainable and mutually beneficial. We can promote European values through that, and we can create alliances and friendship with countries across the globe,” Malmström said in a Davos panel called “A new momentum for Europe.”

Much left to do

Mark Rutte, prime minister of the Netherlands, agreed in principle but added that even the European common market was still far from complete.

“We could add €1.5 trillion [$1.86 trilion] to the European economy — that’s the size of the Spanish economy — by implementing the single market for digital, services, capital and energy.”

Adding these elements would create 4 million new jobs in Europe. “At the moment, we are not doing that. The European internal market is only there for goods, only 30 percent of the European economy is part of the internal market,” said Rutte.

Portugal’s Prime Minister Antonio Costa tried to look on the bright side of life. After the Brexit decision in the UK, “we have new energy for change in Europe,” he said. “It’s a Brexit paradox: the remaining 27 countries have made an effort to advance Europe.”

Costa pointed to a closer cooperation on defense, an example that was also singled out by Merkel and Macron on the previous day.

But a Germany and a France presenting themselves as Europe’s engine also has smaller countries worried, says Ireland’s Prime Minister Leo Varadkar. “We don’t want to see meetings in Paris and Berlin where only countries with more than 40 million people are invited to attend — and the smaller countries being told afterwards what is good for Europe.”

The current migration crisis has brought to light how deep the divisions in Europe are. Countries like Hungary and Poland are refusing to take in migrants, while Italy and Greece see new boats with Africans arrive at their shores every day.

“This is a European problem,” said Greek Prime Minister Alexis Tsipras during another panel discussion in Davos. “So we need a common European immigration and asylum policy.”

Hungary and Poland should not be allowed to cherrypick EU benefits while refusing to pull their weight, Tsipras added. “We have rules. During the financial crisis, [German finance minister] Mr. Schäuble told everybody that rules are rules. This is something that my very close friend, [Hungarian prime minister] Victor Orban has to understand as well: rules are rules.”

Instead, nationalism is on the rise, in Hungary, Poland, Germany and elsewhere. But in Europe, “there is no nation state to go back to,” argued Timothy Snyder, a historian at Yale University. Because historically, Europe was ruled by empires, not nation states. “Europeans should understand that [with the EU,] they have created a political novelty, something entirely new. And this has made European states possible.”

So how can Europeans play a global role, if they are so caught up in their internal struggles? “Because nobody else is out there to project universal values,” replied Snyder, an American citizen. “This is Europe’s chance, this is something that nobody else can do at the moment.”