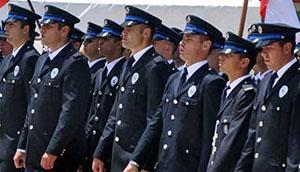 Detention warrants have been issued for 129 former police officers over the use of a smart phone application known as ByLock, the state-run Anadolu news agency reported on Thursday.

According to the report, 60 of 129 police officers including those who were dismissed have been detained in operations in 21 provinces as part of an investigation run by the Ankara Chief Public Prosecutor’s Office targeting members of the Gülen movement, accused by the Turkish government of mounting a coup attempt last year. The movement strongly denies any involvement.

Turkish authorities believe that ByLock is a communication tool among followers of the Gülen movement.

A total of 1,803 people were detained in the first three weeks of 2018 as part of a witch-hunt targeting the Gülen movement.

A total of 62,895 people were detained in 2017 in investigations into the movement, according to Interior Ministry reports.

Soylu said on Dec. 12 that 55,665 people have been jailed and 234,419 passports have been revoked as part of investigations into the movement since the failed coup.

Soylu on Nov. 16 had said eight holdings and 1,020 companies were seized as part of operations against the movement.

The Justice Ministry announced on July 13 that 169,013 people have been the subject of legal proceedings on coup charges since the failed coup.

Turkey has suspended or dismissed more than 150,000 judges, teachers, police and civil servants since July 15, 2016 through government decrees issued as part of an ongoing state of emergency declared after the coup attempt.