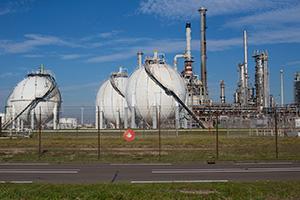 “During the downturn, we purposefully avoided making large acquisitions that were risky at the time,” Al-Sabah said. “We could not justify the high valuations others were paying.” As a result, Kufpec thought it was “more realistic” to revise its production target and re-assess it later, he said.

Kuwait is cutting oil output as part of an OPEC accord with other producers that aims to clear an oversupply and buttress prices. The cuts deal is having the desired effect, with Brent crude reaching $71.28 a barrel in London trading on Thursday, the highest since December 2014. Brent peaked that year in June at more than $115, before tumbling to about $27 in January 2016, the year the Organization of Petroleum Exporting Countries and its allies first agreed to cap production.

Kufpec has a “reserves base” of 650 million barrels of oil equivalent, and its reserves target is unchanged at 657 million, Al-Sabah said.

The company’s major projects are “progressing well,” with its Wheatstone business in Australia producing liquefied natural gas at full capacity at its first unit and a second unit scheduled to come on stream later this year, he said. Investment in Kufpec’s Canadian shale gas and condensate project is expected to yield strong production for decades, he said.

Kufpec plans to strengthen its position in core areas “but also seek opportunistic deals in new territories, especially where these assets provide strategic benefits to our sister companies,” Al-Sabah said. Such benefits may include technologies in heavy oil and unconventional fuels. “Also, assets that might give us equity LNG for delivery to Kuwait would be strategic to us.”

Kufpec has no plans for an initial public offering, he said.

— With assistance by Anthony Dipaola