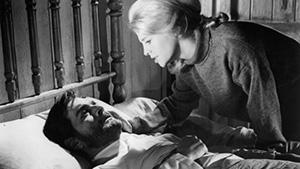 It has been a difficult few weeks for movies that hark back to history.

In India a contested Bollywood film, Padmaavat, has prompted hardline Hindus to clash with police,

Groups allege the film is disrespectful of their culture by depicting a romance between a Hindu queen and a Muslim king, which the film’s producers deny.

The anger caused the film’s release to be delayed by two months. Many cinemas refused to screen it.

Meanwhile, in Russia, British satirical film The Death of Stalin had its Russian distribution certificate removed by the government’s culture ministry.

Diane Nemec Ignashev, a specialist in Russian literature and cinema who teaches in the US and Lomonosov Moscow State University, says Russian state censorship around political films is not as severe as many in the West believe.

But, she told the BBC, “it’s likely the perception that outsiders were making light of Russian history which drove the decision”.

These two films are not alone. Productions based on history or current affairs have been stoking outrage since the beginning of film itself.

The Hollywood blockbuster set during the Russian Revolution was first a novel by Boris Pasternak, whose work was shunned by Soviet publishers.

He had the romance novel smuggled out into Europe, where it became an immediate hit. Pasternak was eventually awarded the Nobel Prize for literature – he was told if he accepted the prize in Oslo he could never return, so he declined via telegram.

Unable to film the adaptation in Russia, British director David Lean had Moscow streets built full-scale in Spain, and filmed with real snow in Finland and Canada.

Released during the midst of the Cold War, it became a huge commercial and award-winning hit in the West. It was not until the 1990s that it was released in the country where it was set, following the collapse of the Soviet Union.

“The gospel according to Monty Python” was always going to stoke controversy for its religious satire. The film centres around a man named Brian, born next door to Jesus Christ and constantly mistaken for the Messiah.

EMI withdrew financial backing for the film’s production just weeks before filming was set to begin. The Python group then found a new backer in avid fan and Beatles guitarist George Harrison, who put up millions of dollars to secure the film was made.

On its release in the US, Catholic and Jewish officials labelled The Life of Brian blasphemous, and religious groups picketed screenings.

In Britain, 39 local authorities blacklisted the film and it received an outright ban in Ireland and Norway.

Controversy has endured around Biblical films. Martin Scorsese’s 1988 Last Temptation of Christ was met with similar accusations of blasphemy and widespread protest, but was still received with long lines for tickets and sold-out screenings.

Mel Gibson’s 2004 film The Passion of the Christ opened in cinemas to complaints of anti-Semitism, and in 2014 a film based on the Biblical book of Exodus was banned in Egypt for “historical inaccuracies”.

British comedian Sacha Baron Cohen’s characterisation of a Kazakh television reporter Borat Sagdiyev caused consternation in the country his character claimed to be from.

The 2006 spoof documentary Borat: Cultural Learnings of America for Make Benefit Glorious Nation of Kazakhstan was never screened there and was also banned in every Arab country, with the exception of Lebanon.

Kazakhstan’s government responded by placing adverts in US media showing the “real” country, and at one point reportedly threatened to sue the comic.

It took until 2012 for them to seemingly forgive Mr Cohen, when its then-foreign affairs minister acknowledged that visas had increased tenfold since the picture’s release, boosting tourism.

The film found itself at the centre of an international diplomatic controversy in 2014, when North Korea threatened war against the United States if the film was released.

The film production’s parent company Sony was then subject to a huge cyber attack, where hackers posted confidential information online along with a number of the company’s unreleased films.

Large cinema chains shunned the film, but Sony reportedly managed to recoup most of its estimated $44m (£30m) investment, predominately in digital and streaming sales.

Although it was based on a true story, and the film was funded by the country’s culture ministry, some claimed it was blasphemous because it showed sex scenes involving the “holy tsar”, who was canonised by the Church in 2000.

Radical groups threaten cinemas with violence if they screened it. One venue was subject to an actual arson attack and further attempts were made on the director’s studio and his lawyer’s office.

The release was postponed three times, cinema chains shunned the film and the leading actors reportedly skipped the premiere over security concerns.