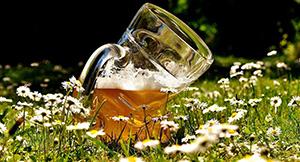 Disneyland in southern California is getting its own 7,300-square-foot brewery by beer brand Ballast Point Brewing by the end of 2018, making sure that not only the kids will think of the tourist hotspot as the Happiest Place on Earth.
According to Thrillist, the brewery will be housed in Downtown Disney, a faux waterfront district with new dining, shopping, and entertainment facilities designed to separate you from your happy tourist dollars. It will consist of a bar and restaurant which will feature a “taste of San Diego” (good luck with that) foods, and a three-barrel “research and development” brewery.

For guests 21 and over, the brewery will feature Ballast Point (a wholly-owned subsidiary of Constellation Brands, the world’s largest alcoholic beverage company and a publicly-traded, Fortune 500 behemoth) products, including the Sculpin IPA and a Commodore American Stout, as well as a range of custom, limited-edition ales made exclusively for Disney. The menu will highlight Southern California-inspired bar food including the ever-popular fish taco and (we know this is more like New York but whatever, right?) house-baked pretzels.
“As one of Southern California’s premier brewers, for the team at Ballast Point, we couldn’t be more honored to work with such an icon in our great state and become the first brewer at Downtown Disney,” gushed Marty Birkel, head of Ballast Point Brewing, in a statement. “We hope SoCal locals and visitors alike will enjoy the wonderful atmosphere, seasonal cuisine, and good cheer (and beer) of our signature tap room experience that we plan to bring to Downtown Disney.”
Since Disney launched its first theme park in 1955, the brand has been very slowly relaxing its legacy zero-alcohol policy. In 2016, California’s Magic Kingdom finally lifted its alcohol ban and now adults can choose from a large variety of red and white wines at Mendocino Terrace, or order a classic cocktail at Carthay Circle Lounge — there’s plenty of options.
Last summer, Amorette’s Patisserie — a French-themed patisserie in Disney Springs — introduced the Strawberry Shiraz wine slushie, a huge hit with adult guests. What’s next? Vaping with Dopey?