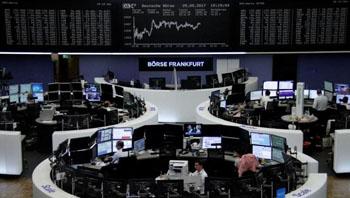 Europe is approaching the next stop in its global market-opening drive aimed at countering U.S. President Donald Trump’s protectionist tilt.

Top officials from the European Union will meet with the Mercosur group of Argentina, Brazil, Paraguay and Uruguay on Jan. 30 in Brussels to gauge the prospects for a free-trade deal that would follow groundbreaking commercial pacts with Japan and Canada.

The EU-Mercosur talks began almost two decades ago, faltered and were re-started in 2010. Trump’s move into the White House a year ago with his “America First” agenda prompted an EU push to wrap up the negotiations, which advanced before getting hung up last month over the politically sensitive issues of agriculture and cars.

“Our aim is to conclude a very ambitious trade agreement between us and Mercosur in the coming weeks,” EU Trade Commissioner Cecilia Malmstrom said in an interview in Brussels last week. “We aim to finalize this very soon because the clock is ticking.”

EU policymakers are seeking to keep markets open worldwide in the face of Trump’s anti-globalization stance and to underscore the bloc’s continuing commercial clout as the U.K. prepares to leave. In addition to building on existing European free-trade pacts with partners that also include Singapore, Vietnam and South Korea, a deal with Mercosur would give the EU political momentum as it gears up for talks with Australia and New Zealand.

The U.S. threat to the global order in place since the end of World War II was highlighted last week when Trump invoked rarely used “safeguard” rules to impose tariffs on U.S. imports of solar panels and washing machines.

With EU-Mercosur trade worth almost 85 billion euros ($105 billion) in 2016, a market-opening agreement would be among Europe’s biggest. The meeting on Tuesday will be at ministerial level, giving both sides a chance to make political concessions that would embolden the negotiators.

Mercosur says an EU offer to open further its agricultural markets, including for beef, is inadequate. Malmstrom’s team in December proposed to let Mercosur export to the bloc at reduced duties an extra 70,000 metric tons of beef, 600,000 tons of ethanol and 100,000 tons of sugar annually.

“If we don’t get a significant agricultural offer, we cannot achieve this agreement,” Rigoberto Gauto Vielman, Paraguay’s ambassador to the EU, told the European Parliament’s trade committee on Jan. 23 in Brussels. Europe must do more to ensure a “fair and reasonable” accord, he said.

The EU counters that its farm offer is generous and Mercosur must agree to open its markets more to European cheeses, cars and car parts.

European agricultural producers’ interests, traditionally a touchy issue in Brussels, may be even more so now because Ireland is concerned about the potential impact of the U.K.’s planned exit from the EU on Irish beef exports. Mercosur already accounts for around three-quarters of EU beef imports and focuses on pricier cuts.

“The moment is quite difficult for Europe in terms of beef,” Sandra Gallina, the chief EU negotiator with Mercosur, told European lawmakers last Tuesday. “Our partners are very well aware that there is a Brexit going on and that beef from Ireland may be impacted, so I want to say this is perhaps not the best of moments to go after such a deal.”

Pekka Pesonen, secretary general of Copa-Cogeca, the main European farm-lobby group, told reporters on Jan. 24 that a Mercosur-EU accord could cost farmers in Europe billions of euros and that “we would reject any concessions at this stage.”

Malmstrom played down the deadlock over agriculture, saying farmers’ interests have long kept international trade negotiators at the table longer.

“They are always the last to remain,” she said. “They are difficult, but I hope they are surmountable.”