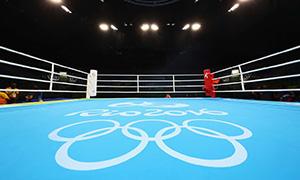 Amateur boxing’s governing body, Aiba, has been plunged into a fresh crisis after the International Olympic Committee admitted it was “extremely worried” that a man linked to organised crime had become the organisation’s interim president.

On Saturday Aiba named its longest-serving vice-president, Gafur Rakhimov, as leader until November elections in Moscow. Only last month the Uzbek was described by the US treasury department as one of his country’s “leading criminals” and “an important person involved in the heroin trade” who was connected to the Thieves-in-Law crime group.

The US treasury department office of foreign assets control has also frozen Rakhimov’s assets in American jurisdiction and prohibited Americans “conducting financial or other transactions” with him.

The IOC’s executive board, which was already planning to discuss longstanding problems at Aiba this week, said it was now looking at further measures against amateur boxing’s governing body.

Aiba has struggled to deal with a number of problems in recent years, including allegations of rigged judging decisions and financial mismanagement under the previous president, CK Wu, who was forced out of office last year following revelations in the Guardian about a missing $10m loan from the Azerbaijan company Benkons MMC.

Yet while Wu’s removal was largely welcomed, amateur boxing still faces many challenges, including the risk of bankruptcy after the IOC stopped funding it. The appointment of Rakhimov, even on a temporary basis, is unlikely to go down well.

Wu’s removal was largely welcomed. However, amateur boxing still faces many challenges, including the risk of bankruptcy after the IOC stopped funding it. And Rakhimov’s appointment has not gone down well with the IOC.

Sources within Aiba have told the Guardian that the Uzbek has been a victim of a smear campaign and had never been convicted of any crime. They also said he would be appealing against the US treasury department ruling.

Aiba also insisted it was addressing six governance and financial concerns that the IOC had raised with it last month. “Aiba was asked to provide a report to the IOC on six requirements – governance, management, financial, judging, refereeing and anti-doping – by 31 January, 2018,” a spokesman added. “Aiba is in the process of preparing this report.”

“The decision to appoint a new leadership is another positive development, which should be welcomed by the IOC.”