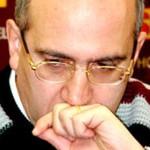 Last week, in line with Henrikh Mkhitaryan’s transfer, a poem was being discussed which implied the compilation of negative publications about our country on “Facebook” in verse. The authors of suchlike publications liked that poem, they considered it a poetry equal to Charents and Teryan. Forasmuch as they are the ones who are extremely active in internet domain, the fans of that poem easily cut the voice of the people who did not consider it poetry. Being not a specialist, I cannot express any “ultimate truth”, but it seems to me art presumes certain “abstractness”, certain “summary” of life phenomena for it to be interesting for the reader to read, watch, listen to 10, 20 or, desirably, 100 years later. If I write – “Damn it, what an empty world this is! This country is not a country”, then the internet users may like it, but there will be no such “summary” of life and phenomena in which the complaint will acquire a certain artistic way against the life. Different layers of the works by Pushkin, Tumanyan, Joyce or any given great writer become relevant and important in different periods for the very reason those people have input not only their momentary feelings in their works, but also the talent. A good piece of art is a pearl the different edges of which shine under different lights. Let me bring an easier example, which people of my age will understand better. Being pupils of 1 to 4th classes, we had watched 3 series of French film entitled “Fantomas” for 7-8 times. At that time it was almost a horror film for us, the most attractive was Fantomas’s green mask at that time. Now that film is watchable again, but it is watched as a comedy due to Louis de Funes’s powerful talent. “What” is not important, “how” is important. This widespread idea is applicable also in journalism, but the “content” we create has a life of a butterfly. In case of art, it is thrice the truth. In case of the fatherland, of course, word “unclean” can be applied, as done by Russian great writer Lermontov. But people do not become a great poet by a single word. If any painter decides to cut his ear, it is not compulsory for him to become Vincent van Gogh.